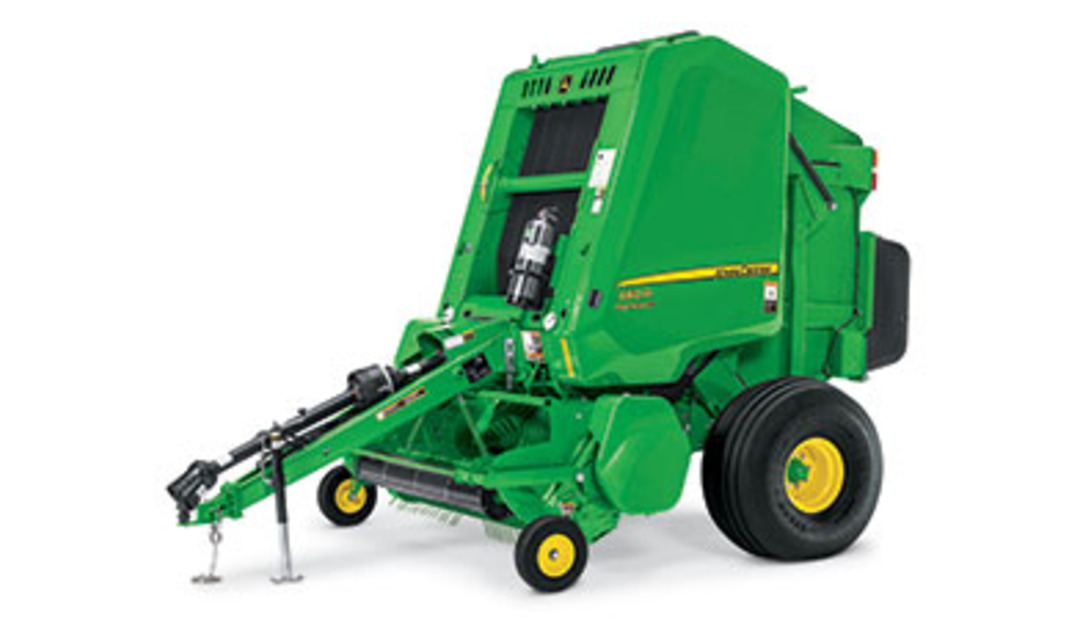 John Deere is offering eight new 0 Series Round Balers including the 460R and 560R. Both are premium models available with dry hay or precutter options.

This item has been supplied by a forage marketer and has not been edited, verified or endorsed by Hay & Forage Grower.
With the introduction of the 0 Series Round Balers for the 2018 haying season, John Deere is offering its first North American-built round baler precutter and the industry’s first 5-foot precutter baler. The eight models that comprise the new 0 Series Round Balers build upon the popular 9 Series Balers and include several new features that improve hay pickup and overall baling speed and productivity in the field. 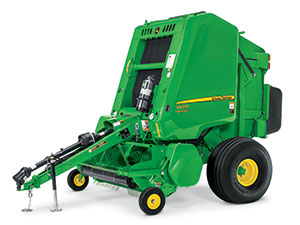 John Deere is offering eight new 0 Series Round Balers including the 460R and 560R. Both are premium models available with dry hay or precutter options.
“The new 0 Series Round Balers expand our portfolio of hay and silage, and now precutter balers, for our North American customers,” says Nick Weinrich, product marketing manager for hay tools for John Deere. “In fact, the 0 Series Baler line includes the highest capacity Class II and III precutter round balers on the market today, and we’ll offer customers the first Class IV 5x6-foot precutter round baler available.”

The eight new 0 Series Balers include:

A new feature is the MegaWide™HC2 feed system that delivers faster hay intake and processing, which increases bale-making capacity per hour compared to previous and competitive models. It also helps operators handle a wide variety of forage material and swath sizes with ease by offering a 2.2-meter pickup on both 4-foot and 5-foot bale models, allowing them to cover more acres per day.

In addition, the MegaWide HC2 feed system has a larger diameter roller baffle system; twin-rotor feed system for more uniform hay intake and processing; a self-cleaning drop floor that allows the operator to remove plugs from the cab; and a third drive roll that eliminates belt slippage when baling heavy, wet silage bales and reduces premature wear on belts and drive rolls.

“The 0 Series Round Balers are engineered and built to produce consistently dense hay throughout the bale and provide greater uptime in the field. Tests have shown a significant increase in bale density and precut bales can greatly reduce or eliminate mixer/grinder time when making feed rations,” adds Weinrich. “Like the 9 Series before, these new balers will set the standard for durability, field performance and hay quality.”

New Plus2 Round Bale Accumulator Attachments

These machines will allow the operator to strategically place the bales where it is the most efficient for bale removal, while dramatically reducing the damage to crop regrowth from excessive field travel. One or two bales can be dumped from the cart at the operator’s preferred location while the machine is baling.

“The use of round bale accumulators has shown to reduce bale retrieval time by up to 50 percent while significantly reducing crop damage, soil compaction, fuel consumption, and labor and operator fatigue associated with collecting individual bales scattered across the field,” says Weinrich. “In real terms, that’s almost $1 savings per bale.”

The new 0 Series Round Balers and Plus2 Round Bale Accumulators will be available in time for the 2018 haying season. For more information on these new hay tools, as well as other John Deere hay and forage equipment, contact your local John Deere dealer or visit JohnDeere.com/ag.

Deere & Company (NYSE: DE) is a world leader in providing advanced products and services and is committed to the success of customers whose work is linked to the land - those who cultivate, harvest, transform, enrich and build upon the land to meet the world’s dramatically increasing need for food, fuel, shelter and infrastructure. Since 1837, John Deere has delivered innovative products of superior quality built on a tradition of integrity. For more information, visit John Deere at its worldwide website at www.JohnDeere.com.