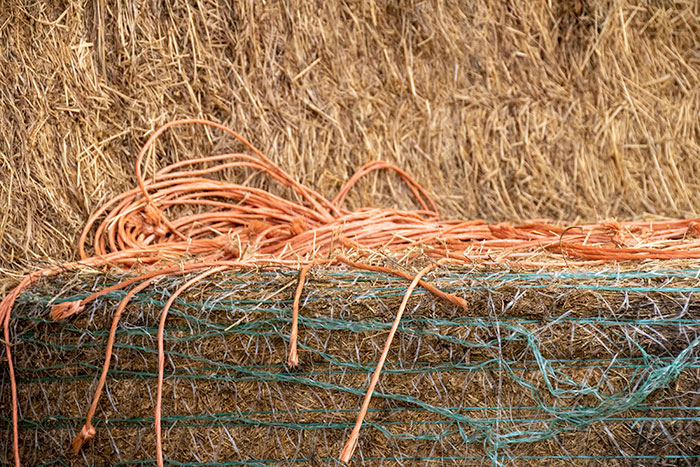 Better late than never, USDA’s “data dump” arrived last Friday with news of 2018 hay production and inventories. Their Crop Production and Crop Production Annual Summary reports offered a glimpse of the current state of the forage industry and now give us a baseline as to how sensitive hay markets might be to various production pressures in 2019.

The USDA makes its annual assessment of hay stocks in May and December. Recall that last May’s hay stocks estimate represented one of the largest year-over-year drops in recent history, declining by 36 percent and settling at about 15.7 million tons after last year’s winter-feeding season.

Last week, USDA pegged December 1, 2018, hay stocks at 79.06 million tons, down 6.4 percent from one year ago. This follows a nearly 12 percent drop in December hay stocks from 2016 to 2017. The December 1 hay inventory was the lowest total since 2012, a year that was characterized by one of the worst widespread droughts in history (see graph below). States in the Northern Plains that were hit hard by drought in 2017 were successful in rebuilding hay stocks during 2018. North Dakota was up 23.1 percent, Montana gained 15.1 percent, and South Dakota had a more modest 3.9 percent boost.

North Carolina led all inventory gainers with a whopping 54.5 increase.

Bottom line: U.S. December 1 hay stocks have fallen nearly 18 percent (16.8 million tons) since 2016. This greatly impacts our ability to buffer weather-related production issues in the coming year. If winter feeding is above average because of a late spring, expect to see some regional shortages of hay until new crop can be made.

USDA’s Annual Crop Production Annual Summary set the final 2018 harvested hay acreage at 52.8 million, which was only slightly higher than 2017 but still about 1 million acres less than 2016. The estimates only include acres that had at least one cutting harvested as dry hay.

When considering alfalfa acres harvested for all purposes (hay, haylage, and greenchop), South Dakota took over the top position from Wisconsin in 2018 with 1.8 million acres. The Badger State followed with 1.59 million acres while Idaho had the third largest acreage at nearly 1.1 million.

Arizona and California continued to dominate the average alfalfa yield category in 2018 notching 8.3 and 6.9 tons per acre, respectively.

The USDA reports lend evidence that hay prices will not decline in 2019 and possibly may strengthen, especially with any kind of widespread weather event such as alfalfa (or grass) winterkill, excessive rainfall, or drought. Further, there is strong hope that the trade war with China will be resolved.

Other factors that will play into hay markets and supplies in 2019 include a shrinking national dairy herd, slowed growth in the beef herd, and a growing popularity in baleage production.

November Alfalfa Hay down, Other Hay up Previous