Over the past five months, the average price of alfalfa hay seems to have settled between about $210 and $215 dollars per ton, according to USDA’s Agricultural Prices report.

In January, the average price of alfalfa hay dropped by $2 to $211 per ton, which was $43 more than a year earlier. 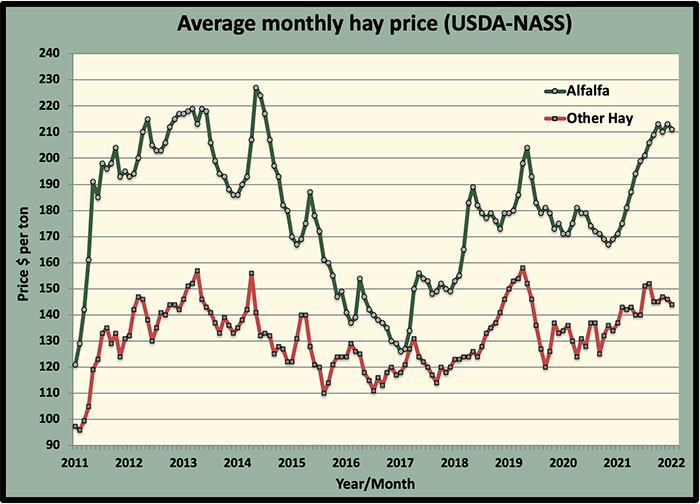 Only two states issued double-digit gains in their average alfalfa hay price. Arizona and Idaho were both up by $10 per ton.

Six states posted double-digit price declines. These included Pennsylvania (down $22 per ton), New York (down $15), and Wisconsin (down $11). Ohio, Oregon, and Washington were all down $10 per ton. 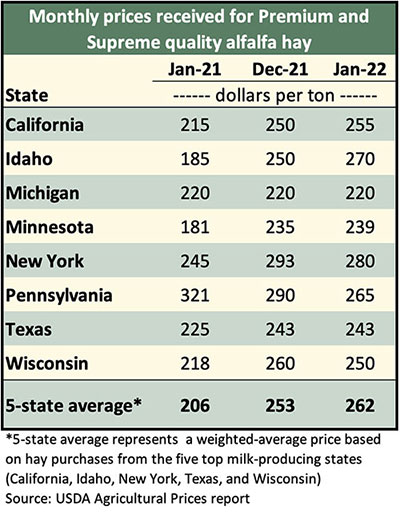 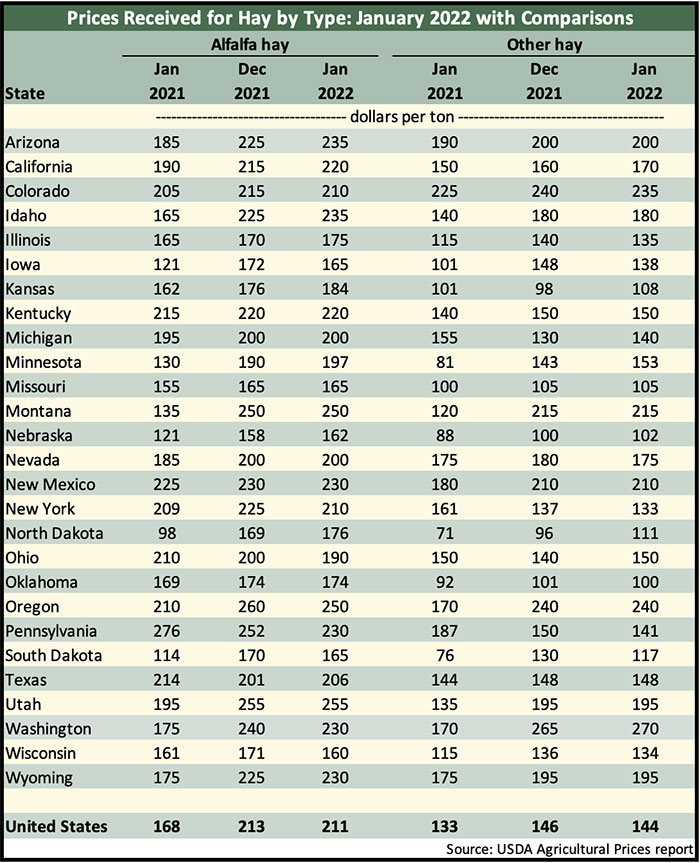