Drewnoski is a beef systems extension specialist with the University of Nebraska. Jakub is a graduate student pursuing his master’s degree. 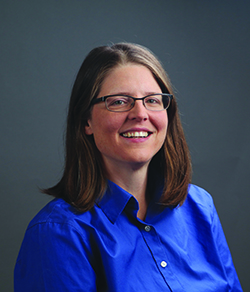 Mary Drewnoski
If you are looking for fall or winter grazing, planting oats in the late summer can be a great option. Oats and other winter-sensitive small grains will typically yield more in the fall than winter annual grains such as cereal rye. Late summer-planted oats are quite high in quality and a great option for grazing weaned calves in the fall and winter. For those looking to spice things up, adding brassicas to the mix can result in even greater feeding value while potentially lowering seed costs.

Over the past six years, several research projects have been conducted at the U.S. Meat Animal Research Center at Clay Center, Neb., in collaboration with the University of Nebraska, to evaluate the opportunity to plant an annual forage after corn silage harvest for fall and winter grazing.

Indeed, weather has a huge impact on the amount of forage produced, the length of grazing, and the growing calf performance, but in general, grazing growing calves on oat-based “cover crops” planted after early harvested corn silage has been profitable. For those in the North, emphasis should be placed on “early harvested,” as it can be challenging to get enough growing days in the northern U.S. before frost.

In early Nebraska studies, oats and brassicas (turnips and radishes) planted in mid- to late August after early corn silage harvest were shown to maintain quality from November through January. The energy content of the oats and brassicas remained high into January even though the forage “appeared” brown and wilted. The bottom line is that looks can be deceiving.

Calves (about 500 to 600 pounds) grazing from November to January gained between 1.5 to 2 pounds per day, with varied gain based on weather conditions. Years with more precipitation resulted in lower gains, and drier years resulted in more favorable calf performance. The digestibility of the brassicas was especially high and appeared to be more nutritionally similar to a grain concentrate than a forage.

Previous work has shown that energy supplementation on high-quality forages such as wheat pasture can improve gain of growing calves. Therefore, it was thought that the greater digestibility and energy derived from the brassicas may improve calf gain compared to grazing oat forage alone. Additionally, depending on the brassica used, the seed costs could be lower than planting oats alone.

Calf gain was greater (1.9 versus 2.1 pounds per day) and the cost of gain was lower (54 cents versus 46 cents per pound) when rapeseed was included. For those who may be thinking, “Wow, those are some low costs,” it is important to note that the cost of gain included seed costs at $20 per acre for oats or $15 per acre for the mix, plus seeding costs at $14 per acre, fertilizer at $6.80 per acre, irrigation at $33 per acre, and fencing at $5 per acre. No yardage, labor, or cost of managing the cattle were accounted for in the above estimates.

It should also be noted that rapeseed seems to be less palatable than oats until after frost. Then, likely due to the higher sugar content, the preference of cattle appears to switch, and they preferentially select rapeseed. Regardless, these results look very promising for mixing oats and rapeseed.

One other thing that was observed during these trials is that the amount of grazing (head days per acre) achieved was often much less than would be expected based on the initial forage yield. In these grazing situations, the calves were “set stocked,” meaning that calves were given access to the whole field at the start of grazing and the stocking rate was typically around one calf per acre. Grazing would last from 30 to 100 days and was not correlated with the amount of initial forage. Instead, weather seemed to be a big driver for amount of grazing capture. With wet weather, especially if coupled with above freezing temperatures, came reduced grazing days.

As a follow up to this, a trial was conducted to see if strip grazing an oats-rapeseed mix in the fall and winter would result in better forage utilization. Groups of calves were either set stocked with continuous access to the whole field or given a new strip of forage twice per week. Strip grazing did reduce trampling losses and lengthen the amount of grazing days from 75 in the continuous system to 140 days with strip grazing. Strip grazing also appeared to reduce selectivity and/or intake, as the calves in the continuous paddocks gained 2.07 pounds per day while the strip calves gained 1.76 pounds per day during the first 75 days. However, due to the extra days of grazing, pounds of gain per acre were greater when strip grazing was used. Thus, depending on goals, strip grazing oats-rapeseed in the winter might make a good thing even better.

Planting a brassica-oat mixture and strip grazing are both strategies to consider to provide improved animal performance, lower seed costs, and extend the grazing season. Examine your goals to determine what to plant and how to graze it.

This article appeared in the Aug/Sept 2021 issue of Hay & Forage Grower on page 8.

Is that residual or residue? Next