Depending on hay type, prices moved each direction or not at all during September, according to USDA’s most recent Agricultural Prices report released last week.

The all-hay price for September was pegged at $136 per ton for the second consecutive month, which was down $8 per ton from September 2016. Hay other than alfalfa dipped $3 per ton in September to $113, which equaled the September 2016 price.

There was positive movement in the September alfalfa hay price, which moved up $2 per ton to $149 over the previous month. This is $13 per ton over the 2016 level. The alfalfa price is now $21 per ton above the low set in January. 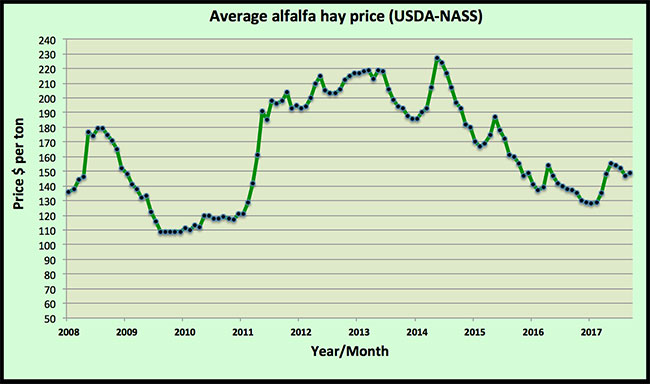 The USDA price averages account for all qualities of hay sold, and the final U.S. estimate is a volume-weighted average rather than a simple average of state values. Those states with the most volume sales will impact the final U.S. dollar value more than those with fewer sales. 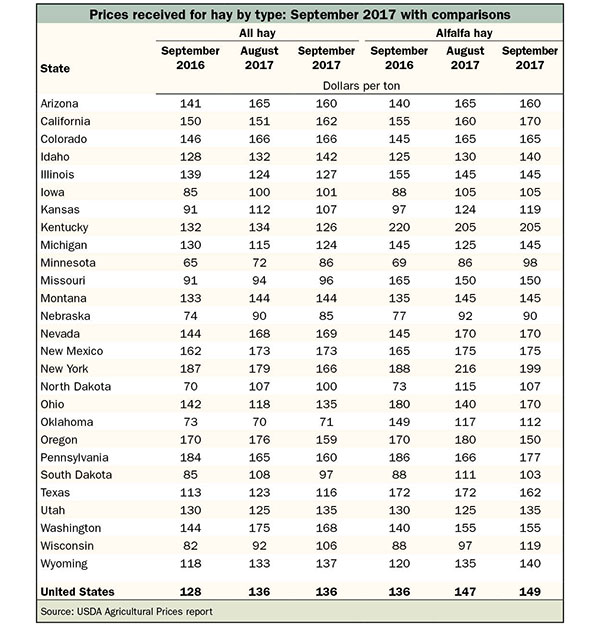