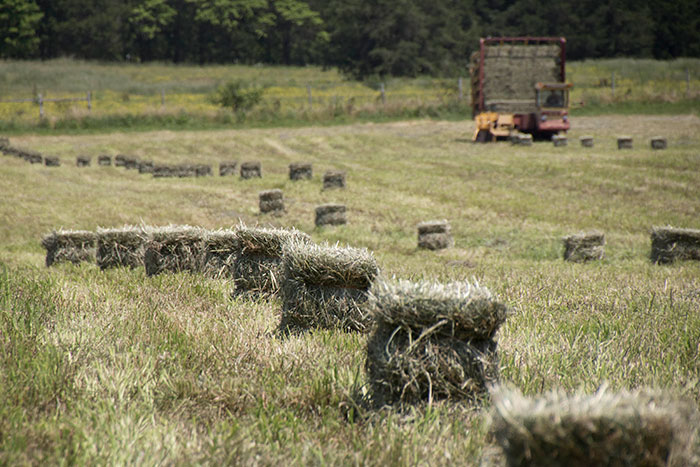 All-hay and alfalfa January hay price averages both had price gains in USDA’s most recent Agricultural Prices report. The all-hay price was up $3 per ton from December to $139; that is $17 per ton higher than January 2017. Hay other than alfalfa gained $6 per ton from the previous month to $124, which was also $6 per ton above January 2017.

The January alfalfa hay price jumped $4 per ton from the previous month, averaging $152 per ton. Compared to where we started in January 2017, that’s $26 per ton higher.

It appears that weather factors are starting to play a more significant role in price movement. Drought concerns are widespread in the West and Northern Plains. As of February 20, approximately 37 percent of U.S. hay acres were experiencing some level of drought. Conversely, too much rain and ice have producers a bit worried in much of the Midwest and East. 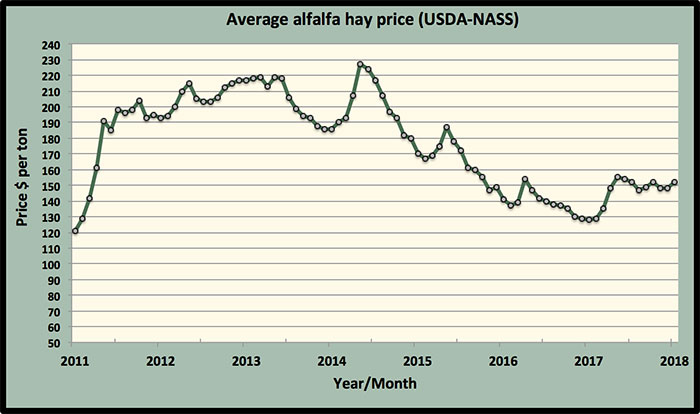 Almost all states experienced alfalfa price gains for January. Those with the largest gains included drought-stricken Oklahoma (plus $22), Nevada (plus $20), North Dakota (plus $18), and California (plus $15). Only four states had price reductions and all of those were minimal. 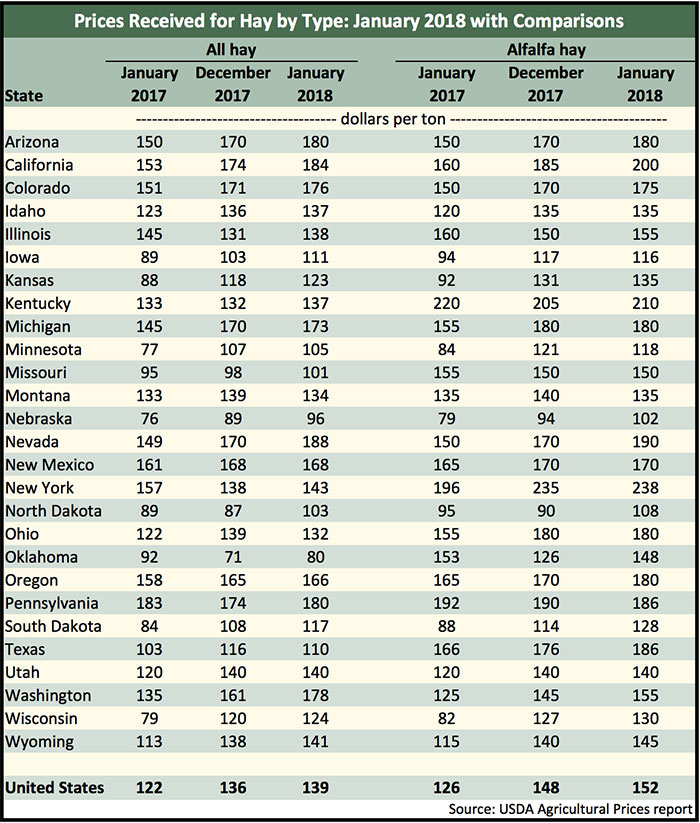