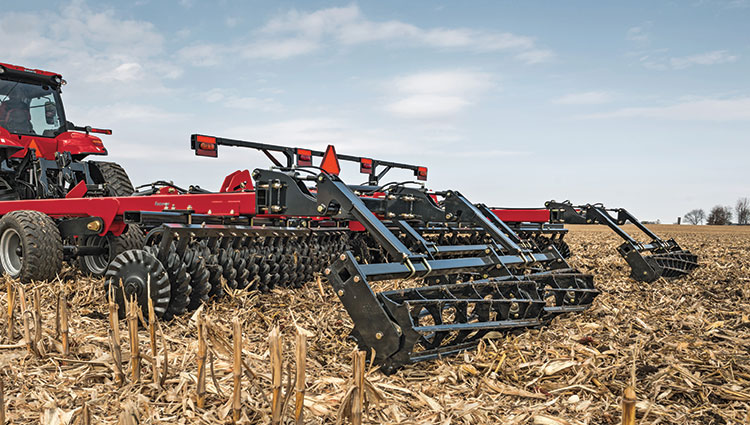 The snow is still flying in some regions, and many hay producers are busy looking over their equipment and getting it ready to go. It takes a lot of equipment to harvest a crop of hay. In some regions, the mower is followed by one or more passes with a tedder or “fluffer.” Next is at least one pass with a rake, then the balers hit the field. Of course, all of the bales need to be removed from the field so the next crop can get a good start. Sprayers with fertilizer and/or herbicide might also make a pass before this field can get a breather from all of the traffic.

I don’t need to educate you on the process of making hay. I documented the process to bring up something most of you already know — hay producers make more trips across their fields than any other type of farmer. Here in the Southeast, it can be as many as six or seven trips per cutting if you count pesticide and fertilizer applications.

We know every bump

If you are like me, then you know every bump, hole, or washout in each field. Until recent years, hay farmers have not had many options on their permanent grass fields to level them once the seed or sprigs go in the ground. About the best we could hope for is an aggressive aerator with a drag behind it, and then going over the bad spots a few times.

Each has done a good job in trying to bring a little something different to the table. Some use wavy coulters, run with not much angle, and are primarily used for sizing residue and in seedbed preparation. Others use regular disks with less concavity. They are closer to the angle that a normal tandem disk might use — 12 to 16 degrees on the disk gangs. Now, some manufacturers even have adjustable gangs on the vertical tools, which makes them even more versatile.

These new versatile vertical tillage units are the answer hay farmers have been waiting for to fix those ruts, washouts, and holes in pastures and hayfields. The perennial grass type and soil determine which unit might work best. We have some of our customers running a more aggressive unit in sandy soils and others running a medium gang angle on soils with more clay. It really is up to you how much you want done.

As good as new

Our customers usually run vertical tillage tools over the field in two different directions followed by a roller or cultipacker. The result is a field that is usually better than new! In a lot of cases, the grass even comes back more invigorated from the loosened soils. Soil moisture absorption is also improved. These vertical units can also incorporate dry fertilizer, if needed.

A vertical tillage tool requires a little higher rate of speed than a traditional tandem disk. The higher speed can help you get over more ground with a smaller unit and is needed to bust clods in heavy soils and mix the soil and residue in the top inch layer. If done in the fall, this can help with water absorption during the winter, but it can also be used in the spring to help warm up the soil and jump start plant growth.

Do a little research on your own, and you will find a number of different models on the market. If you don’t have a lot of acreage to cover, a row-cropping neighbor may have vertical tillage tools in his shed that he would rent out during their slow times.

Vertical tillage can be done when the conditions are favorable in terms of moisture and when the crop is growing, or it could be a last pass over the fields before freeze up. No matter which way you go, it will be a benefit to your fields and equipment. It might also help reduce your number of visits to the chiropractor.

This article appeared in the March 2020 issue of Hay & Forage Grower on page 30.

Vertical, single-screw mixers have improved Next