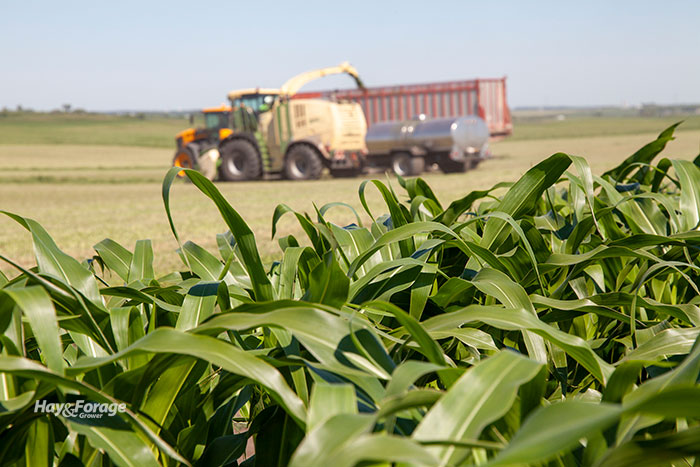 As an extension agent in one of the biggest dairy counties in Wisconsin, the large majority of farmers I worked with had corn-alfalfa rotations with some also throwing in a year of winter wheat here and there. If ever there was an opportunity to expound on the virtues of nitrogen credits from alfalfa, I had it and I took it.

Initially, telling farmers that they most likely wouldn’t need any nitrogen — other than a small amount in the starter — for corn following alfalfa wasn’t an easy sell. Further, dumping copious amounts of manure on terminal alfalfa fields was a preferred but wholly unnecessary and environmentally lethal activity for some.

At the time, nitrogen was cheap, and everybody knew that corn was a nitrogen hog. I could present reams of data proving that alfalfa provided virtually all the nitrogen needed for a subsequent corn crop, but for some it took on-farm field plots to prove this agronomic reality. I was involved in a lot of these trials over the course of my 27-year extension career.

In 2008, fertilizer prices spiked, and not surprisingly, interest in alfalfa nitrogen credits rose as well. Now, we’re there again.

The prudent crop manager won't just blindly cut expenses but rather look for those places where eliminating costs will have little or no impact on crop yield. These places exist on every farm. If you're an alfalfa and corn grower, there’s no better place to start looking than your nitrogen program for corn following alfalfa.

Most Midwest states suggest nitrogen credits ranging from over 150 pounds per acre down to 40, depending on stand condition and soil type. For the most part, these estimates are conservative.

In recent years, researchers at the University of Minnesota and Utah State University have invested considerable effort to better define alfalfa nitrogen credits and identify those situations that impact the level of nitrogen contribution.

Minnesota researchers determined from 31 on-farm fertilizer response trials that corn following alfalfa rarely needs additional applied nitrogen to increase corn grain or silage yields. Only three of 31 fields were responsive to an additional nitrogen application. This should come as no surprise. Moreover, response to nitrogen was poorly related to alfalfa plant density at stand termination.

To determine when first-year cornfields following alfalfa would be responsive to additional nitrogen fertilizer, the researchers combined data from 259 first-year corn trials from Minnesota and other states. They looked at variables such as soil texture, age of alfalfa stand, alfalfa termination timing, and weather conditions between termination and corn planting. All of these factors seemed to affect the level of nitrogen response in corn. Predictive equations were developed to determine economic nitrogen rates. They found that first-year corn rarely responds to any additional nitrogen except on:

• Fine-textured soils when there are prolonged wet, early-season conditions

Reluctant to make a “no nitrogen” recommendation, Creech took his trial to farm fields. His on-farm trials encompassed 36 total fields in 10 different counties. Once again, it was found that the difference in yield between the no-nitrogen treatment and the 200-pound treatment was only about 1 ton of as-fed silage per acre.

As with the jelly-of-the-month club Christmas bonus that Clark Griswold received in the movie “Christmas Vacation,” alfalfa nitrogen is “the gift that keeps on giving.” Minnesota researchers also studied the alfalfa nitrogen-credit contributions to second-year corn.

Using data from 28 on-farm trials in Iowa and Minnesota to determine economic optimum nitrogen rates, the researchers found that no nitrogen response occurred in a whopping 50% (14) of the trial fields. Once again, stand density did not relate well to the level of nitrogen credit.

Although some nitrogen fertilizer (commercial or manure) will typically be needed for second-year corn following alfalfa, most states recommend taking at least a 50-pound credit. That’s still a value of nearly $50 per acre at current nitrogen prices.