May hay prices drop $6 per ton

After a couple months of rising average hay prices, the all-hay and alfalfa May average prices each dropped by $6 per ton in USDA’s most recent Agricultural Prices report released last week.

For alfalfa hay, large average price reductions occurred in Arizona (minus $25 per ton), Utah (minus $25), Colorado (minus $20), and Oregon (minus $15). Only one state had a significant spike in average price and that was Nevada (plus $35 per ton). 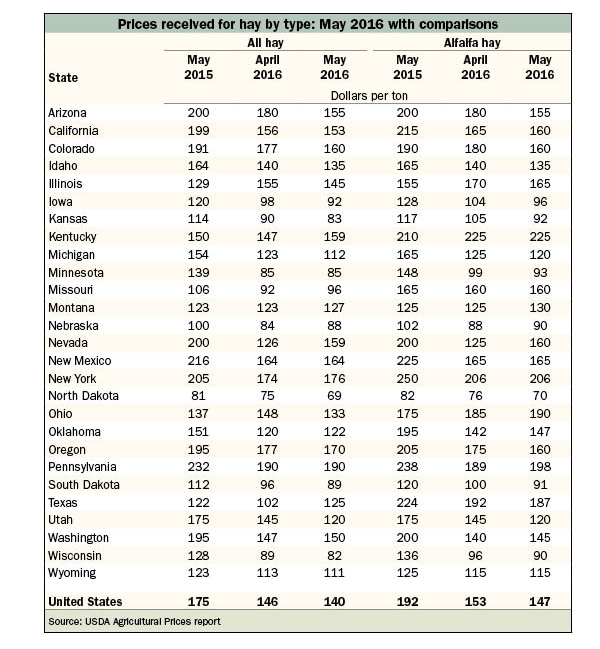