If two months make for a trend, then hay prices are on the downside of that trend. The U.S. June all-hay price dropped by $6 per ton while the alfalfa average price declined $5 per ton in USDA’s most recent Agricultural Prices report released last week.

For alfalfa hay, large average price reductions occurred in Arizona (minus $15 per ton), Ohio (minus $20), and Pennsylvania (minus $30). No state had an average price spike of more than $13 per ton (Oklahoma). 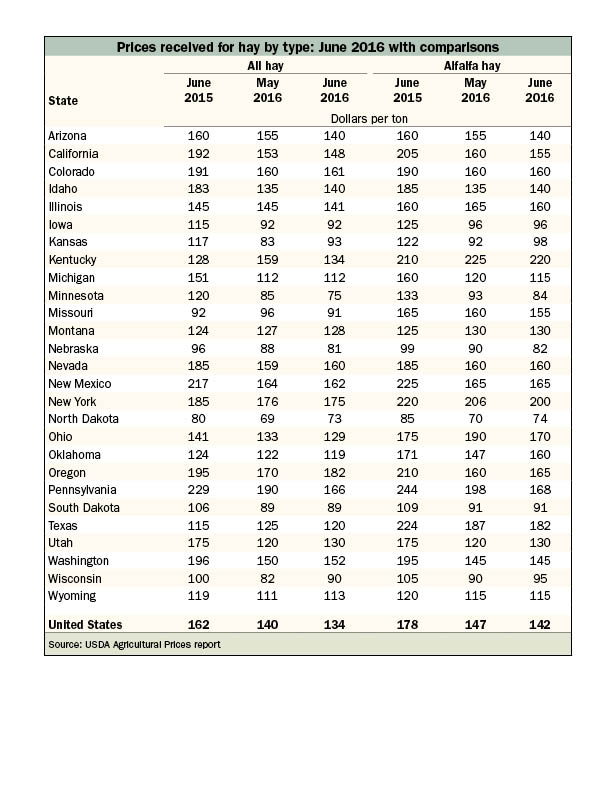