Prices for all types of hay lost ground during August, according to USDA’s most recent Agricultural Prices report released last week.

The August alfalfa hay price was $147 per ton, $5 lower than July but $10 per ton over the 2016 level. The alfalfa price remains $19 above the low of $128 per ton set in January. Looking at the past 10 years of USDA alfalfa price data, the August price has never moved higher than the July price. The leading alfalfa price gainers in August were New York (plus $10 per ton), drought-stricken Montana (plus $10), Kansas (plus $8), and another moisture-challenged state, North Dakota (plus $8). Pennsylvania led price losers at minus $24 per ton followed by Texas (minus $22), Ohio (minus $20), and Michigan (minus $15). 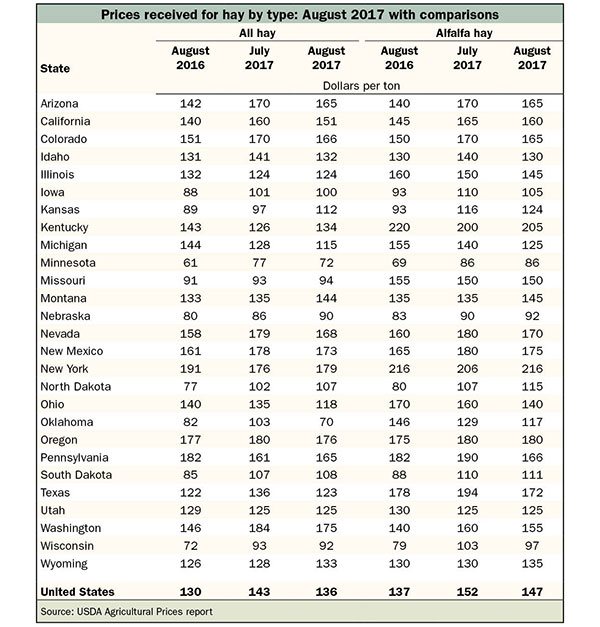