A tale of two fermentations 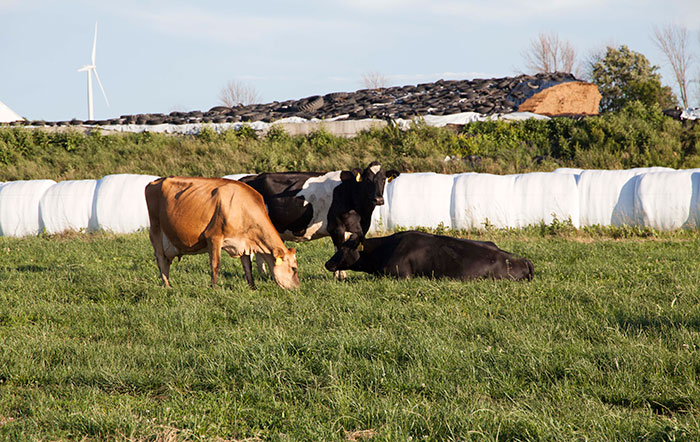 “Both the rumen and the silo are anaerobic fermentation systems; they share similarities but also differ in several ways,” said Limin Kung, professor of animal science at the University of Delaware.

“Energy-rich end products of fermentation are stored as volatile organic acids in both the rumen and silo,” Kung said. “Fortunately, in an anaerobic system, you have reduced end products and created a great conservation of energy. As a result, the rumen microbes can get just enough energy out of the glucose to grow and multiply, but the rest of the energy out of the other end products such as lactate, acetate, and propionate is conserved. This is all made possible with the absence of oxygen,” he explained.

There are also some very important differences between a cow’s rumen and what goes on in the silo, Kung noted. “The silo offers a static or batch fermentation; it progresses and then essentially stops with the buildup of end products. The rumen is a dynamic fermentation where end products are constantly being removed and new substrate is introduced.”

Other important differences between silo and rumen fermentations include:

“We want to minimize fiber and starch digestion in the silo, which is just the opposite of the rumen,” Kung said. “In the silo, however, we may desire to make fiber, starch, and protein easier to digest for the cow.”

This is happening much too often Previous