Toxic fescue: An expensive problem with an affordable solution

There’s a saying, “problems only get solved when you stop ignoring them.” Fescue toxicosis, the syndrome livestock suffer from exposure to ergot alkaloids in toxic fescue, is a big problem. Costing up to $1 billion in production losses annually to the livestock industry through decreased gains, increased body temperature, increased respiration, decreased milk production, poor reproductive performance and visual symptoms such as rough hair coat, hoof, tail and ear loss.

Fescue can be toxic because of a symbiotic relationship between the endophyte and the plant, and when scientists removed the endophyte (E-) the toxicity problem was eliminated; however, the fescue (E-) plants lost the hardiness toxic fescue was known for and the fescue (E-) failed to persist in pastures. This problem has a workable solution with the introduction of novel endophyte (NE+) fescue. Novel endophyte fescue allows producers the opportunity to replace the toxic plants from pastures with a persistent, safe and productive fescue.

There is a partnership joining industry leaders, government entities, producers, university professors and other professionals, called the Alliance for Grassland Renewal, a 501(c)5, with the mission of replacing toxic tall fescue with nontoxic endophyte fescue. They help producers through education, seed quality control, incentives and promotion.

One option the Alliance for Grasslands Renewal recommends is to eliminate toxic fescue in a percentage of pastures to start. This enables producers to remove cattle off of toxic tall fescue and on to the alternative forage at key times during the year. This conservative approach helps ensure the new pastures are established and the operation will have grass in the interim. This approach also allows producers to spread the cost of converting the pastures over a longer period of time.

A recommended method for converting pastures from toxic tall fescue (E+) to novel endophyte fescue (NE+) is “spray-smother-spray” which involves killing the fescue in the spring with herbicide, planting a summer smother crop (a warm season annual) and spraying any residual toxic fescue that comes back in the fall. Another approach is double spraying without a smother crop, a method popular in the southern areas of the Fescue Belt. Producers are encouraged to be conservative when converting pastures, just in case weather conditions aren’t conducive to establishing pastures, thereby avoiding a loss of the entire forage base.

Producers converting from toxic fescue to novel-endophyte fescue can customize their own plan to make converting pastures pay. Joe Pattie from Harrison, Arkansas, decided to eliminate his fescue problem when he converted 35 acres of toxic fescue pastures to novel endophyte fescue. He cuts the pastures three times a year and sells the hay out of the field to customers looking for high-quality hay. Pattie was even able to harvest enough high-quality hay the first year after planting to pay for his pasture conversion.

Pattie says he converted to novel-endophyte pasture because he wanted to sell horse-quality hay off of the pasture and never intended to graze it. Pattie says, “this old farm is rough, on a ridge line with thin soils, we’ve never found a grass that will persist like Kentucky 31, until now.”

It cost Pattie around $63/acre for seed, $85/acre for two applications of fertilizer, and $17/acre for no-till planting costs, and $525 in chemical costs to establish with a seeding rate of 25 pounds per acre, for a total cost of $180/acre. According to Mike McClintock, County Extension Agent in Boone County, it only took Pattie one year to recoup his establishment costs.

Another problem solver is Joe Davis who raises cattle on 460 acres in Oconee County, South Carolina. He says, “Novel fescue is a major part of our business plan to enhance our long-term sustainability and profit.” Davis doesn’t feed hay; he utilizes management intensive grazing and grazes novel fescue year-round.

A retired chemical engineer, Davis pays attention to the details. His breeding and weaning records are comprehensive. He improved his weaning weights by an additional 50-75 pounds and improved his AI conception rates from 65% to the 90’s.

Davis so firmly believed in the value of converting to novel endophyte fescue that he made a deal with his brother. ‘If you give me a 12-year lease, I’ll convert the 135 acres of rented pasture from toxic fescue to novel endophyte.’

Davis says return on investment is largely a function of cattle markets, and in his experience, it will take a maximum of 6 years to payback, but typically it is closer to 2 years. Davis stresses the intangible benefits are harder to measure. For example, cattle on novel endophyte fescue seem healthier in general, thriftier and have more longevity than cattle on toxic fescue, and it is difficult to measure and quantify those types of benefits.

Davis says, “I remember years ago a cigarette company was advertising a carbon filter that would allegedly make cigarettes safer to smoke. I think trying to use toxic fescue is like trying to smoke more safely.”

The Alliance for Grassland Renewal is hosting one-day schools in seven locations across the Southeast. Topics include topics include how to transition from toxic to non-toxic fescue, the economics of pasture renewal, establishment and first-year management of novel endophyte fescue.

Information about each school, including schedules and online registration can be found at http://grasslandrenewal.org/education.htm 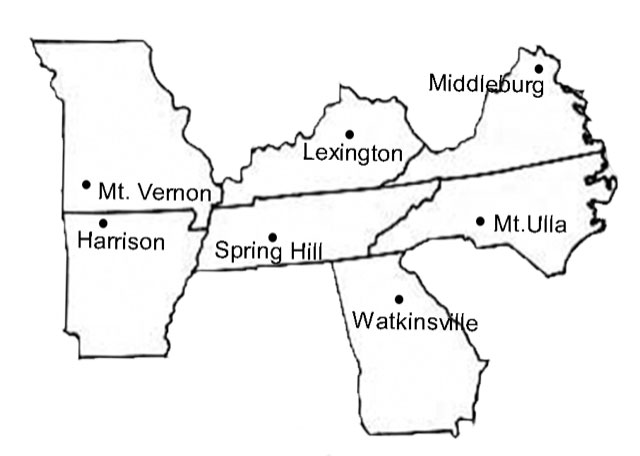 Buck the Trend with Vermeer at NFMS Next