The next big hay import player 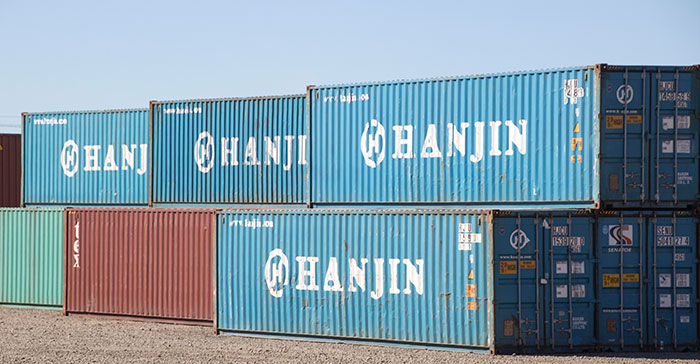 So what country will be the next big global importer of alfalfa?

“Much of Saudi agricultural production was developed utilizing center-pivot irrigation being fed by fossil aquifers that have continually depleted over the past decades,” Putnam noted. “These aquifers will likely not be replenished in human history.”

At the same time Saudi water reserves are depleting, the dairy industry is growing. The Saudi Almarai Dairy is one of the largest in the world and milks close to 100,000 cows housed at various locations.

The need for hay, and alfalfa specifically, to fuel the dairy industry is readily apparent. The Almarai Dairy already owns land in Arizona and California where they produce alfalfa and ship it back to Saudi Arabia. They also maintain hay production operations in several other countries.

Putnam shared that a recent USDA Foreign Agricultural Service report estimates that Saudi Arabia may need to import 1.2 million MT of high-quality alfalfa hay by 2018. That amount would be more than what was imported from the U.S. by China in 2016. 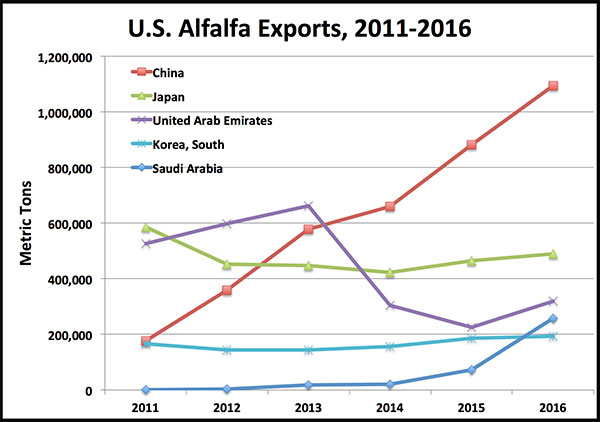 Not all of the Saudi’s alfalfa import needs will be met by the United States.

“Currently, a majority of the high-quality alfalfa comes from the U.S. and mostly from the West,” Putnam noted. “But many countries will likely try to compete with the U.S. for the Saudi Arabia market.”

Putnam explained that the U.S. holds an advantage from the standpoint of the quality of alfalfa that can be grown in drier regions and in terms of infrastructure, transportation, and political stability compared to many other countries. Our greatest disadvantage is the distance that product needs to be shipped from U.S. ports. China also offers a major and growing competing market for U.S. alfalfa exports.

Putnam concluded, “Saudi Arabia is recognizing that growing alfalfa for livestock feed may not be a sustainable use of their limited and expensive groundwater. The emerging Saudi market for hay is still in its infancy but has been increasing rapidly and is likely to have an important impact on alfalfa production in many parts of the world, including the western United States.”

Recovering pastures after a drought Next