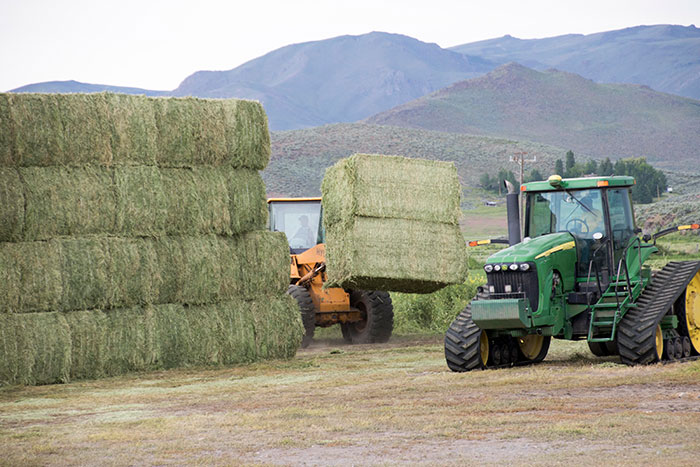 This has been a tough year for hay growers in the West.

“It’s hard to believe that after record alfalfa and other hay prices in 2014 that things could be so bad in 2016,” said Seth Hoyt at last week’s California Alfalfa & Forage Symposium held in Reno, Nev. However, the author of The Hoyt Report noted that there are some market factors pointing to a potential rebound in 2017.

“The depressed markets have many alfalfa growers looking to reduce acres in 2017,” Hoyt said. “How much of an acreage reduction we see will depend on other crop options. Alternatives may exist in some areas more than others and for that reason we may not see large acreage reductions,” he added.

In the West, crop alternatives to alfalfa appear to be led by cotton, almonds, wheat, and vegetables. “There is some indication that timothy acres in Washington may be up for as long as the market holds,” Hoyt said. “Timothy hay inventories are actually less than in 2015.”

Carryover stocks and milk prices will dictate hay demand in 2017. “Most of the carryover is in the Fair and Good grades,” Hoyt noted. “I don’t think Supreme quality carryover will be burdensome, which could be positive for this market early next season. A lot will depend on milk prices.”

Some of the largest hay stocks can be found in Idaho and Washington, where demand for even Supreme quality hay has remained stagnant. In contrast, Hoyt noted that many of his California sources are reporting less alfalfa carryover than a year ago. “Some buyers in the Central Valley are going out of state to meet their hay needs,” Hoyt said.

“If the U.S. cheese market holds or continues to strengthen and dairies can return to profitability, this would be a tremendous shot in the arm for the western U.S. hay industry,” Hoyt asserted. The market analyst noted that the trend on Western dairies to feed less alfalfa hay has continued through 2016. In California, cheaper corn and almond hulls are providing feed alternatives to hay.

Aside from domestic livestock, exports comprise another key component of the demand equation. “Hay exports are up about 13 percent in 2016, even though shipping rates are increasing,” Hoyt said. He noted that the future growth markets are in China and Saudi Arabia. He sees Japan, Korea, and the UAE (United Arab Emirates) as mature markets without much growth potential. 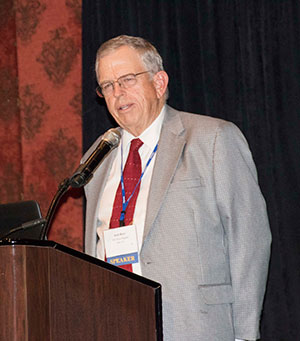 “China is by far our biggest buyer with exports up about 21 percent over last year,” Hoyt said. “It’s also a difficult market to ship product. Not only does hay have to be GMO free and pass a verticilium wilt test, but there will be times like this summer and fall when they will reduce their pay price because of large inventories of previously imported U.S. hay and depressed milk prices,” he explained.

As in the U.S., Chinese milk prices were also low and the country’s dairy herd was reduced by nearly 1 million head over the past year.

In spite of the challenges imposed by China, one of Hoyt’s export contacts believes that alfalfa exports to that country will eventually reach 2 million metric tons, though in the short term the growth might be slowed.

Exports to Saudi Arabia will also continue to grow. Some of that growth will come from integrated production on Western land owned and operated by a large Saudi Arabian dairy company. The Saudi government has mandated that except for their smaller dairies, all alfalfa hay must be purchased from outside the country. Hoyt feels this will have a positive impact on future U.S. export shipments.

“If we see a return to dairy profitability in the West, export buyers will be forced to pay higher prices for Supreme and Premium quality alfalfa,” Hoyt noted.

Most U.S. timothy hay moves to Japan and exports were up 17 percent from January through September. Hoyt explained that this was the result of a “perfect storm” of events. Canada and Australia were both shipping less timothy hay and a typhoon in northern Japan destroyed some local production.

Concluding, Hoyt told the audience that he no longer could predict future hay prices. “There are just too many variables,” he said. “The alfalfa hay market will depend on a lot of ‘ifs’ in 2017: If acres are down, if milk prices are stronger, and if export markets continue to grow, then we’ll see higher hay prices in 2017. Alfalfa prices always rebound after a down cycle.”

Hoyt said the biggest drag on the market would be the large inventories of poorer quality alfalfa hay that still exist. If there is a shortage of wheat straw in California, this might help as dairy producers will turn to feeding more of the lower quality alfalfa.

Many variables in the hay price picture Next