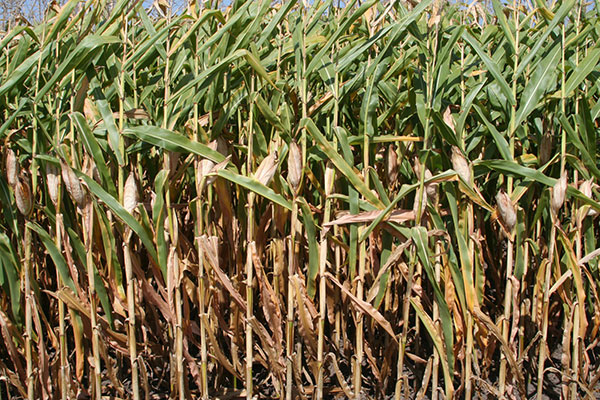 I think, but am not entirely sure, that Congressional Republicans and Democrats would agree on the importance of water for agriculture. For folks in the business of crop production, there is nothing to debate. Those two little hydrogen atoms covalently bonded to oxygen are often the cause of extreme emotional highs and lows.

Across the U.S. in 2015, water has been a front and center news and coffee shop headliner. Parched fields in the West, flooded fields in many other areas of the country and a plethora of haymaking struggles have branded the current growing season.

We need water and usually think of its importance to sustain crop growth, get corn through pollination, and improve or negate soil nutrient availability to “make” a crop. However, as August is upon us, keep in mind that water is just as important on the backside of the growing season as it is in the front and middle. But now we're talking about it in the form of internal plant or grain moisture, which often dictates when a crop will be harvested for optimum yield, quality and storability. This is certainly the case for corn harvested as silage.

Many years ago someone told me that any idiot can harvest good corn silage. At the time, we really didn’t know a whole lot about corn for silage other than you do everything the same as corn for grain except chop it when that funny little black layer appears at the kernel-cob interface. Through research and experience feeding high-producing dairy cows, we now know much more about corn silage and are still making knowledge breakthroughs with each passing year. No, this is not a world of your father’s corn silage, but one where corn silage has become an industry in and of itself. We now know that harvesting corn silage at the proper whole plant moisture is the key to optimizing feed quality and storability. Miss the proper harvest moisture and everything that was done right for the previous four months can be compromised.

Corn silage is a complicated animal. Total yield increases up to the point where kernel black layer is reached and the plant begins to desiccate, which is generally around 60 percent moisture. However, delaying harvest until maximum dry matter yield is achieved reduces nutrient availability. Researchers often cite 65 to 68 percent moisture as optimum for maximizing corn silage quality and storability in a horizontal silo. That doesn't leave a lot of room for error. Most of our feeding and storage problems come from silage that is over 70 or under 60 percent moisture.

So how does a person know when corn has reached the optimum whole plant moisture for harvesting? This, in my opinion, remains the weakest link in the corn silage management chain; there is no easy way to estimate plant moisture by simply eyeballing the plant. Kernel milk line was once thought to be the answer, but hybrid variation has disposed with that criterion for all but as a means to trigger more rigorous and precise methods of moisture estimation.

Throughout Wisconsin (and perhaps other areas), corn silage “dry down” days are offered as a way to have field plant samples chopped and tested for whole plant moisture. They have proven popular and effective but are not without the inherent errors that go along with limited sample size and testing procedures. These efforts do, however, help to prevent major misjudgments of whole plant moisture caused by environmental conditions or hybrid phenotype.

Yes, each year we generally complain about too much or too little rain to plant or grow a crop. But remember, at the end of the crop year it’s still all about the water . . . not from the sky, but what's inside that corn plant.

Pricing standing corn for silage Next