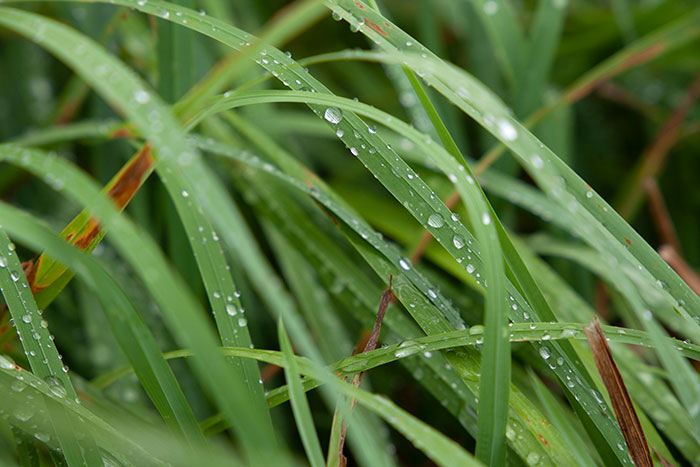 It’s a scenario that many are all too familiar with. You get a cutting of hay down and Mother Nature decides to grace the earth with rain.

To help deal with this challenge, Kim Mullenix, assistant professor and beef cattle extension specialist at Auburn University, offered some advice in the Southeast Cattle Advisor.

Multiple events can occur when hay gets rained on prior to baling.

When moisture levels are above 30 percent, losses due to respiration occur. Rain either raises or keeps the forage moisture level high enough to prolong respiration. This leads which leads to significantly higher carbohydrate losses.

With rain comes further handling of the hay to promote drying. Extra handling leads to leaf loss, which is more of a problem in legumes than grasses.

The damage sustained from rain depends on the amount of rain, duration of rainfall, and time since hay was cut. “If rain occurs shortly after cutting, this is usually less damaging than it is for hay that has already had significant drying time,” Mullenix explains.

Though rain is damaging to already cut hay, sometimes it’s better to cut and take your chances. Mullenix references a study on hay quality completed by the University of Arkansas. Researchers found that a single rainfall event of 0.5 to 3 inches had less of a negative influence on hay quality than a short delay in harvest time.

Hay that has been repeatedly rained on sustains more damage than hay that was rained on once. Repeated rainfall keeps the moisture content of the hay above 30 percent, which allows respiration to continue.

Whether hay has been rained on once or multiple times, Mullenix advises getting forage out of the field as soon as possible. This will prevent hindering forage regrowth for the next harvest.

Mullenix reminds that high-moisture hay can undergo heating and provides a favorable environment for mold growth. Collect a sample from any rain-damaged hay to be analyzed for its feed value and suitability. “Use rain-damaged, low-quality hay for cows in the herd with the lowest nutrient requirement,” Mullenix recommends.

Widen margins with alfalfa protein Next