The author is a cow/calf field specialist with South Dakota State University Extension.

Plastics net wrap is a common binding material for large round hay bales, but it can present health challenges for cattle due to buildup in the rumen. Net wrapped bales are commonly used for winter feed sources in chopped or ground feed, but the net wrap is rarely removed prior to grinding, resulting in the hay containing pieces of plastic that are then fed to livestock.

Cattle producers have observed cows with diarrhea that lose weight over a relatively short period of time exhibiting symptoms similar to Johne’s or hardware disease. No veterinary treatments have been effective, and when animals were posted following death, a wad of net wrap and digesta was removed from the rumen. This buildup of plastic net wrap has been termed “plastic,” “net wrap,” or “software” disease. 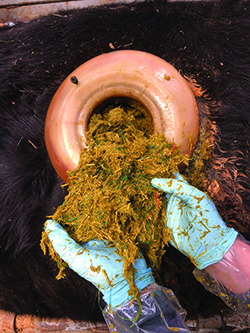 Figure 1. Start of net wrap ball being removed from a cow through the rumen cannula. Approximately 25% of the ball is outside the animal.
Prompted by the evaluation of research findings at North Dakota State University regarding the digestibility of multiple hay binding materials, results from a Montana study indicated a significant amount of net wrap recovered in the digestive tract of cows postharvest. A project was later conducted at South Dakota State University Cottonwood Field Station to quantify how rapidly net wrap builds up and how it behaves in the rumen.

In order to quantify net wrap buildup, six ruminally cannulated Angus cows were fed a diet of ground hay without net-wrap removal. To determine whether existing net wrap in the rumen would “catch” other pieces of net wrap as they were ingested, a small piece of net wrap (4.7 inches by 4.7 inches) was placed in the rumen of three of the cows on Day 1, while the other three cows did not have any net wrap at the start of the study.

To maintain weight and body condition, the cows were individually fed grass hay that contained 88% dry matter, 12.5% crude protein, and 60% total digestible nutrients over the 140-day feeding period, which represents a typical winter feeding duration in South Dakota. The bales had 1.5 wraps of Pritchett Net Wrap Green per bale, and hay was ground through a 5-inch screen.

Four of the cannulated cows were pregnant and calved in March, prior to the end of the 140-day feeding period. Intake was adjusted for the higher nutrient requirements during lactation. On Days 139 and 140, three cows per day were weighed, scored for body condition, and their rumens were evacuated to remove the accumulated net wrap. All net wrap was removed, and the clean digesta was placed back into the rumen of each cow. 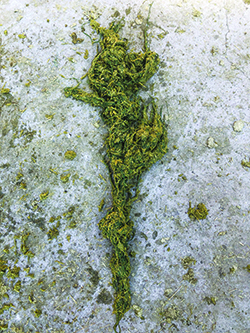 Figure 2. Net wrap after removal from the rumen. Net wrap and feed entangled was approximately 3 feet in length when laid out flat.
Photos were taken of the balls of net wrap that were removed from the cows to document the characteristics of the mass of net wrap and digesta (Figures 1, 2, and 3). Net wrap removed from each cow was dried and weighed to quantify the amount of net wrap in the rumen. To determine the rumen volume displaced by the net wrap, the net wrap collected from each cow was placed in a plastic bag and then submerged in a tub of water to determine the volume of water displaced by the net wrap.

In all cows, most of the net wrap was tangled together in one ball of material (Figures 1 and 2); however, there were several individual loose pieces of net wrap free-floating in the rumen contents. Once it was sorted and balled up, the accumulated net wrap was about the size of a softball. The material removed from the rumen was not pure net wrap, but instead was a mix of net wrap tangled with feed. Additionally, two samples from the recently calved cows also had placental tissue that had been consumed by the cow tangled in them (Figure 3).

Based on the potential net wrap offered compared to the net wrap removed during rumen evacuations, about half (53%) of the potential net wrap offered was recovered. The question remains why a larger portion was not recovered, but these results were similar to the study from Montana, where 47% of the net wrap was recovered throughout the digestive tract. There are multiple possible explanations for where this net wrap disappearance could have occurred, but regardless, the amount of net wrap in the rumen could have a significant effect on rumen capacity and function over the long term. 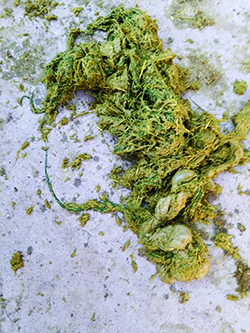 Figure 3. Net wrap ball with placental tissue wound up in it that was found in a cow that had recently calved.
This study indicates a significant amount of net wrap accumulated in the rumen of all cows during a single, 140-day feeding period. The fate beyond this single feeding period of the net wrap that accumulated in the rumen is unknown. However, because it is a plastic material that is known to degrade at an extremely slow rate, it is possible that at least a portion of it will remain in the rumen throughout the cow’s life.

Also unknown is whether similar amounts of net wrap will be added to the accumulation during subsequent feeding periods throughout the life of a cow. Potentially, several pounds of net wrap may accumulate over years in an older cow, with several gallons of rumen capacity displaced by net wrap. The cumulative effect on digestive capacity and health of cows is unknown beyond cases of mortality.

During this small study, consistent accumulation of net wrap was documented in all six cows. Additionally, cases of cows dying from complications associated with the buildup of net wrap or other plastic materials in the rumen are being documented more frequently. This short-term project provided a snapshot of the potential long-term implications of not removing net wrap from bales prior to grinding.

Many additional questions remain to be answered regarding long-term impact on cow performance and longevity. How much net wrap in the rumen will stop or slow the flow of digesta? Will the digesta that is wound up in the wad of net wrap ever break down or will it always continue to build? What happens to the placental tissue that is wound up in the net wrap wad? Will the pieces of net wrap that were free floating in the rumen contents end up entangled in the rest of the net wrap and enhance the size of the ball? What is the impact of developing replacement heifers on ground hay without net wrap removal prior to grinding? Will the net wrap stay with the cattle for the entirety of their life, even if they are never allowed access to net wrap in future years?

Further research is needed to fully understand the long-term implications of net wrap in cattle diets.

The good, bad, and ugly of weedy forages Previous