After a string of 11 consecutive months with month-over-month alfalfa price gains, the average market value of alfalfa hay dropped by $3 per ton in November.

Any thought that a new negative streak might develop was at least temporarily halted in December as the price rebounded $3 to its October level of $213 per ton., according to USDA’s Agricultural Prices report. That price was $47 per ton higher than the previous December. 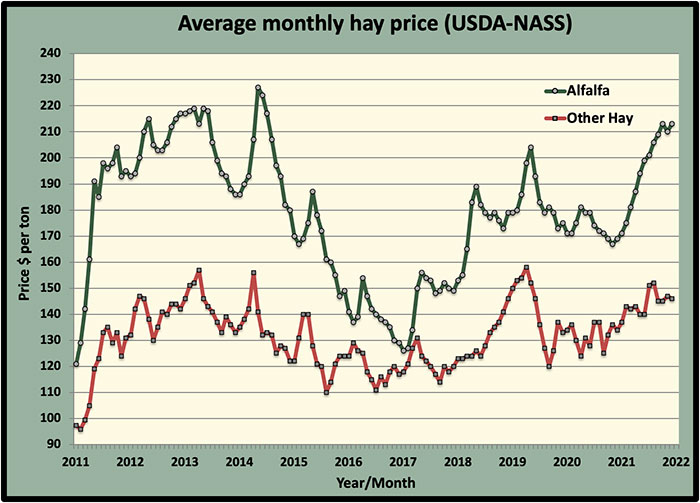 Five states registered double-digit, month-over-month alfalfa price gains in December. Leading the group was Pennsylvania, posting a $26 per ton improvement. The next highest jumps were in Montana (plus $15) and New York (plus $11). Arizona and Washington were both up by $10 per ton.

Three states posted double-digit price declines. These were Iowa (down $23 per ton), Minnesota (down $16), and Wisconsin (down $10).

The lowest alfalfa hay prices were posted in Nebraska and Missouri at $158 and $165 per ton, respectively. 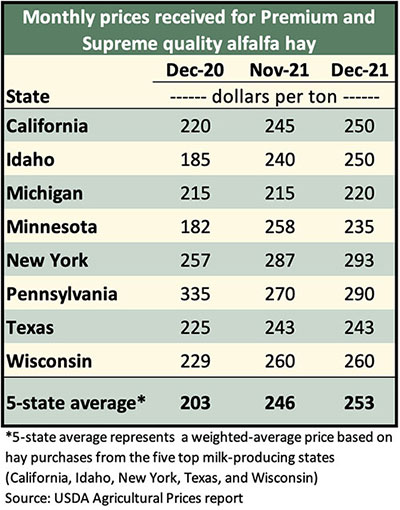 The December price of other hay (mostly grass) dropped marginally by $1 per ton to $146, which was $13 per ton above one year ago.

North Dakota had the lowest reported other hay average price at $96 per ton. It was followed by Kansas ($98) and Nebraska ($100). 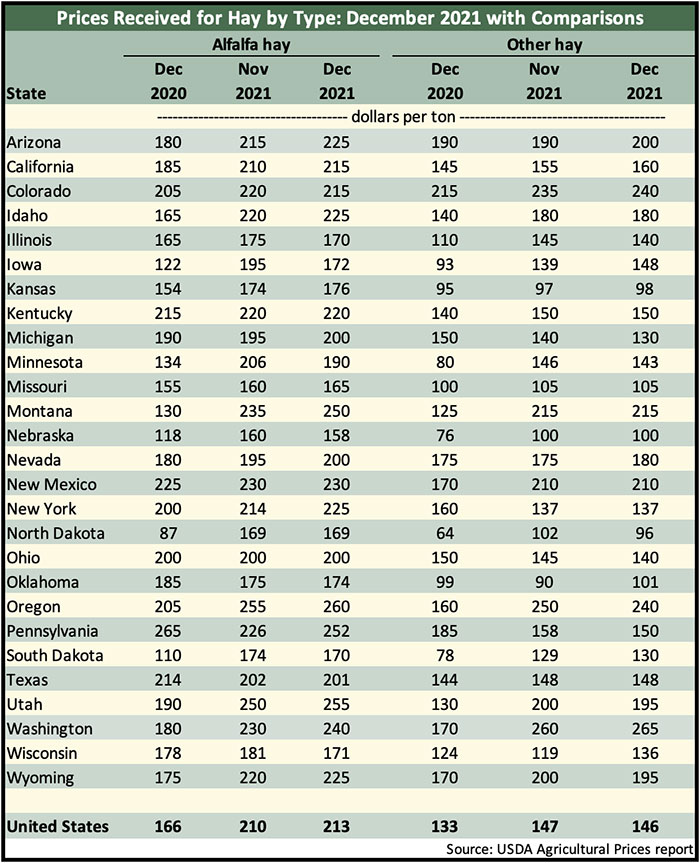