Did July alfalfa hay really jump by $31 per ton?

For three straight months, the average price of alfalfa hay rose by $1 per ton, according to USDA’s Agricultural Prices report. Then the report for July hay prices was released, which indicated the average price jumped by $31 per ton on the strength of huge price increases in California and Nevada.

Whether this unprecedented leap in July hay price is real due to drought, a correction, or the result of new price sources is unknown at this time. Hay & Forage Grower has a request into USDA for an explanation but hasn’t received a response as of this writing.

The average price of alfalfa during July was $276 per ton, which was $70 per ton above a year ago. 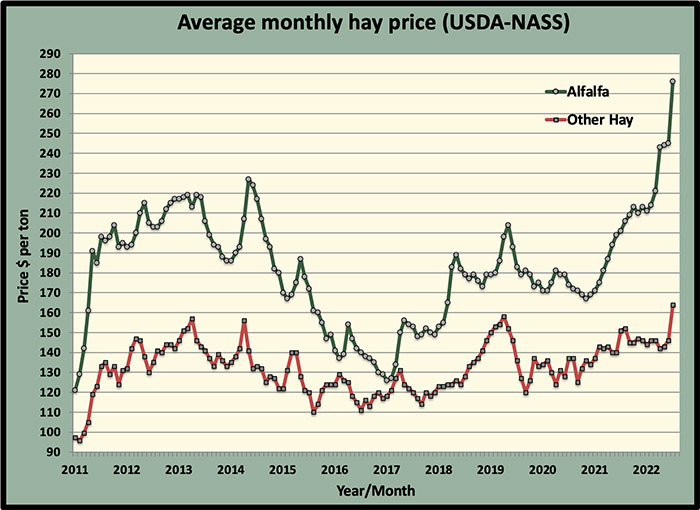 For the first time ever, a state posted a month-to-month triple-digit gain: Nevada was $115 per ton higher, going from $215 in June to $330 in July. Twelve states issued double-digit gains in their average alfalfa hay price. California led this group with its plus $90 per ton gain. Others in the double-digit gain group included Arizona, Colorado, Idaho, Kansas, New Mexico, New York, Oregon, Pennsylvania, Texas, Utah, and Washington.

Double-digit declines in alfalfa hay price during July occurred in three states. Minnesota was down by $15 per ton and was followed by North Dakota (down $11) and Michigan (down $10).

The highest average alfalfa hay price was reported in California at $340 per ton. Arizona, Nevada, and Washington all checked in at $330 per ton.

The Midwestern states posted the lowest hay prices. Wisconsin was lowest at $144 per ton. It was followed by Iowa and North Dakota at $160. 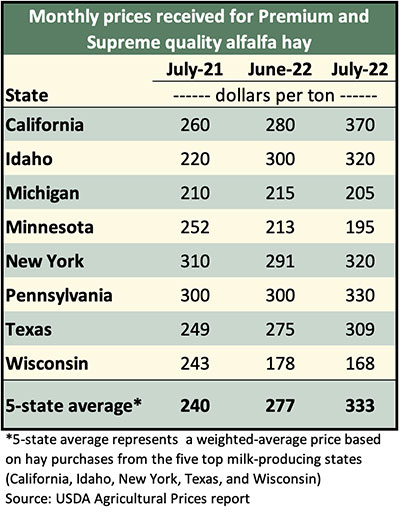 North Dakota had the lowest reported other hay average price at $96 per ton. It was followed by Oklahoma at $99. 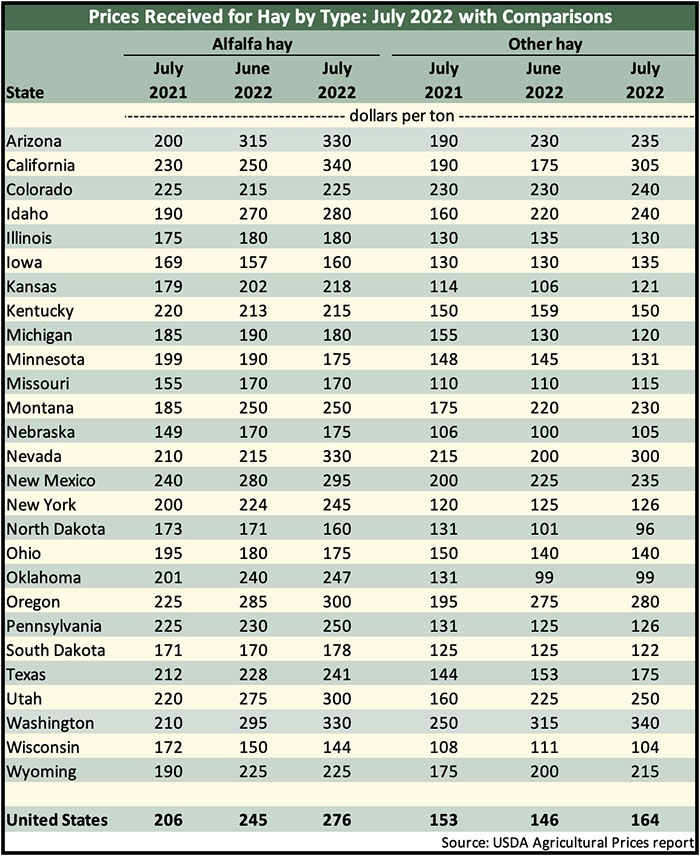