Recent research shows waterhemp — a yield-robbing, herbicide-resistant weed in corn and soybeans — has no impact on the quality or productivity of established alfalfa in the Midwestern and Eastern U.S. 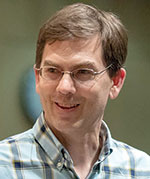 When Renz and his Minnesota, Michigan, and Pennsylvania colleagues started their research in 2019, waterhemp was beginning to show up in alfalfa after hitting corn and soybean fields hard. “We knew it could be a problem when establishing alfalfa; we didn’t have any data on what happened once that alfalfa was established,” Renz said.

That information should be especially meaningful to corn and soybean growers, said Renz. “This is their opportunity to get waterhemp under control by putting alfalfa in the rotation.”

The research also provided an understanding of the biology of the weed, said Renz, who collaborated with Roger Becker, University of Minnesota extension agronomist, as well as extension weed scientists Erin Burns from Michigan State University and John Wallace from Penn State University.

Apply after cutting, if at all

“We now know when it germinates in established alfalfa,” Renz said. “Few germinate until after we cut it, then emergence occurs if soil moisture is present. Knowing this information allows us to recommend when to apply residual herbicides to get the best effectiveness.” Results found these herbicides were effective when applied either after first or second cut, but Renz advises after second cut. “Typically, alfalfa seems to be more competitive between the first and second cut, resulting in higher mortality of waterhemp.”

On-farm field trials were conducted on established alfalfa in all four of the collaboratoring states in 2019. Of the four locations, only the Wisconsin site had any waterhemp or palmer amaranth emerge to measure the effect on alfalfa production. At that location, no advantage to treating the weeds was found. There was no effect on alfalfa quality or biomass. As only one site was successful, and alfalfa stand density was below recommended levels (29 stems per square foot), more trials were conducted in 2021 to confirm results. This article focuses on waterhemp results in Minnesota, Pennsylvania, and Wisconsin and not on palmer amaranth, the focal weed studied in Michigan.

The 2021 Minnesota site had an extremely high waterhemp seedbank, but drought limited alfalfa growth and waterhemp was not found at this site. Alfalfa was abundant at the 2021 Wisconsin site (67 stems per square foot) and at above minimal stand density in Pennsylvania (47 stems per square foot). In Pennsylvania, acetochlor and flumioxazin controlled waterhemp when applied either after first or second harvest but didn’t improve alfalfa productivity.

The Wisconsin site experienced drought after the herbicide was applied, resulting in poor control. Despite that, few waterhemp plants survived to be competitive with the high density of alfalfa. These results confirm established alfalfa is very competitive with waterhemp, and if stands are above recommended thresholds, alfalfa yields are not impacted.

With additional funding, Renz would like to compare waterhemp seedbanks in a corn-soybean rotation to a corn-soybean-alfalfa rotation to quantify how alfalfa can help lower waterhemp seed populations. He’d also investigate harvest timing’s effect on weed seed production. The Wisconsin field, harvested the end of August 2021, produced some weed seed. The Penn State site was harvested the first week in September and waterhemp did not resprout.

“So, that’s an interesting question: Because of harvest timing, can you eliminate waterhemp seed production? We’d like to get more data,” Renz said. 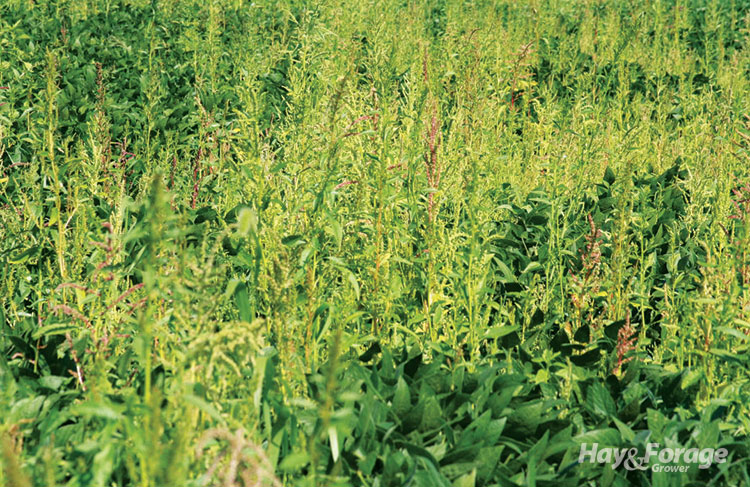 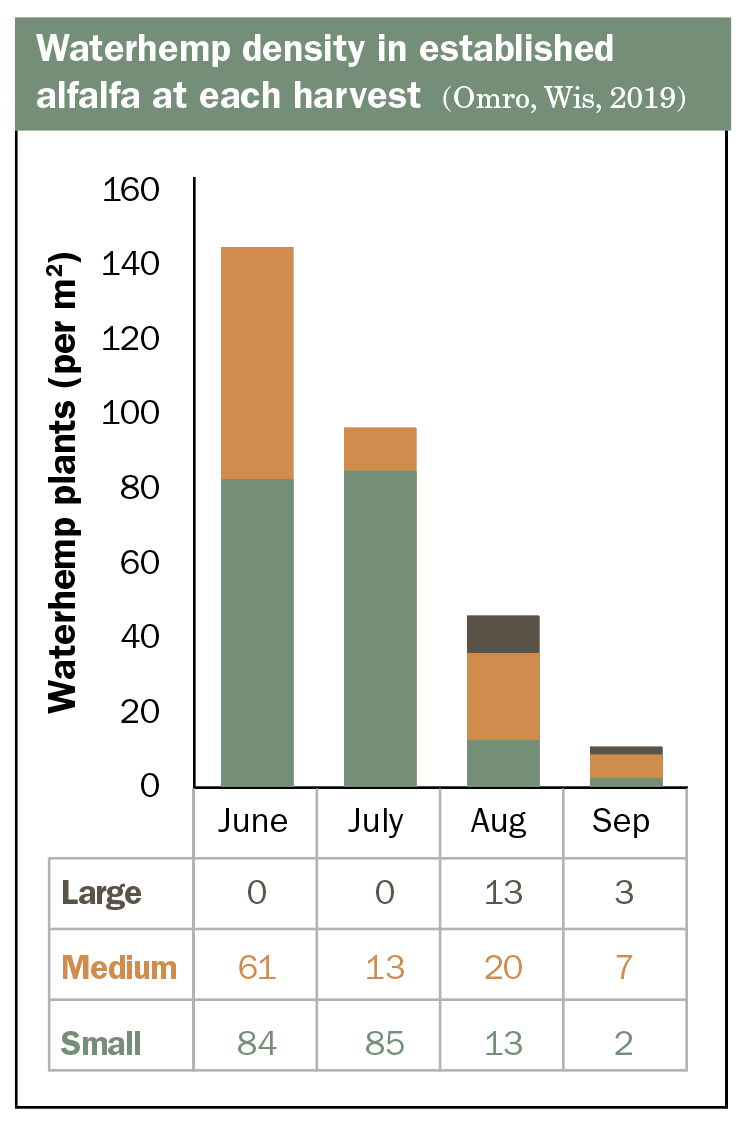 1. Residual herbicides applied after first or second cutting effectively managed waterhemp; applications after second cut are recommended due to the high level of weed mortality after first cut.

2. Herbicide treatments did not improve alfalfa quality and yield, and waterhemp didn’t reduce forage quality and was minimal in forage biomass.

Fungicide use to inhibit Aphanomyces Previous