Crabgrass has finally turned the corner 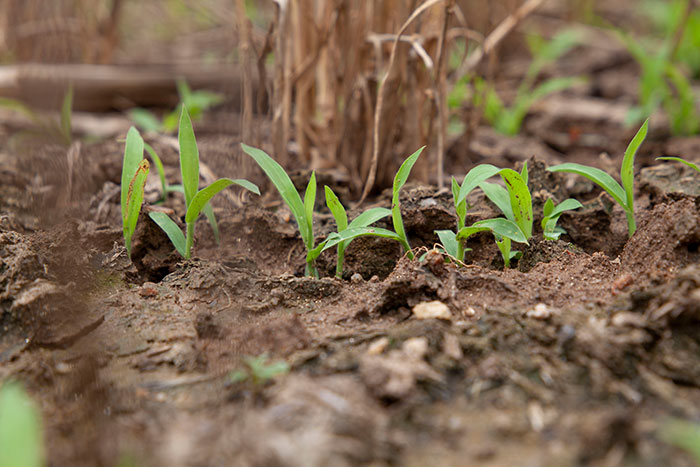 Like the kid who everyone ridiculed as a child and then transformed into that class’ “Most Likely to Succeed” upon high school graduation, crabgrass has at long last found its rightful place in the forage world.

The warm-season annual grass has not only escaped its former moniker as a weed, but it is now the focus of plant breeders to develop new varieties. Even johnsongrass hasn’t reached that status.

Perhaps we can mostly credit the now retired R.L. Dalrymple at the Noble Research Institute, Ardmore, Okla., for advancing crabgrass to its current status. He developed and released the Red River crabgrass variety in the 1980s. This was later followed by the development and release of the Quick-N-Big variety in 2006, which is still widely used today.

Most recently, the Noble Research Institute has developed and released a new crabgrass cultivar called Impact. It is being marketed by Barenbrug USA.

In my travels around the U.S., finding copious amounts of crabgrass in pastures is not uncommon. Usually, it has been purposely seeded by the farmer or rancher. When I ask about it, the response is universal: “I love it and so do the cows.” Further, it’s not just a beef-cow feed; many grazing dairies also incorporate crabgrass into their pasture rotation as a means of combatting the summer forage slump.

Crabgrass embodies the phrase, “It’s the gift that keeps on giving.” A prolific seed producer and reseeder, an initial stand of crabgrass will keep producing for summers to come if it is allowed to reseed at some point during the summer. Sometimes a reduced-seeding rate can be used to bolster production if stands become too thin.

Crabgrass is also a warm-season species that has a fairly wide range of adaptability. It is being utilized in the North as well as the South.

Though crabgrass is more drought tolerant than many species, forage production will be maximized on fields with good water holding capacity. Seeding in early to mid-spring is generally the best time for establishment.

Initially, most people start with a clean seedbed and either drill or broadcast the seed at 3 to 5 pounds per acre. Similar to some other warm-season species, the seed is fluffy and hairy, so a “carrier” is sometimes needed to adequately move seed through the drill. Broadcasted seed won’t spread very far beyond the spinner.

Sunlight will stimulate crabgrass seed germination. For this reason, planting shallow is better than planting deep. Most extension specialists recommend seeding at about 1/4-inch deep.

With adequate moisture and warmer temperatures, crabgrass seed germinates quickly, usually within a few days. Plants will spread with stolons over time, and grazing can usually start about 40 days after seeding.

Some livestock producers like to make crabgrass hay, even though it dries a bit more slowly because of its hairy plant tissue. Often, two cuttings per year can be made if fields are cut in the boot to early heading stage. Leave at least a 3- to 4-inch stubble to encourage regrowth.

For grazing, crabgrass fits well into a rotation with a fall-planted cereal such as wheat or rye. The cereal provides forage grazing in the fall and early spring and then the crabgrass grows during the summer and early fall.

Whether grazing or haying, crabgrass will need adequate nitrogen for optimum yields. Split applications of about 50 pounds per acre are generally recommended.

Crabgrass is often the preferred species by cattle in a mix of pasture grasses. Perhaps it’s the soft texture. Research trials with cattle have shown good performance with crabgrass pastures and its forage quality is excellent compared to many other warm-season grasses.

In the vegetative stage, crabgrass can tout protein concentrations of 15 to 20 percent and maintains a low fiber content. It’s superior to bermudagrass in this regard.

With improved forage-type crabgrass varieties available and a new-found reputation, consider this species a viable bullet to add to the forage arsenal. Best of all, it shines during a time of the year when many other species are slumping.

Trip of a lifetime Previous