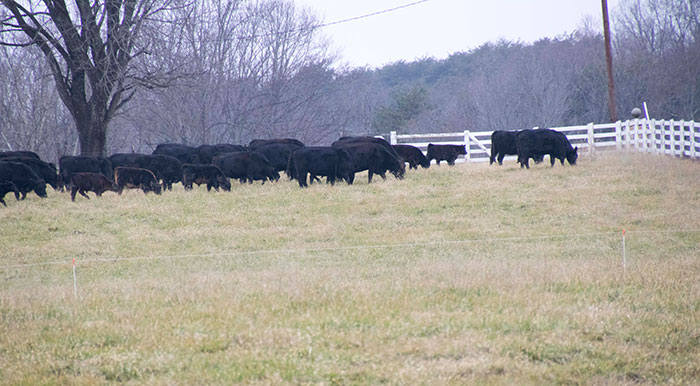 We often hear about the virtues of rotational grazing in theoretical terms based on research. However, there are livestock producers across the U.S. who can vouch for its benefits based on personal experience. One of them is Keith Tuck, an Angus producer in Moneta, Va., who has a 350-acre farm (100 rented acres) and about 100 cows.

Tuck’s farm was one of the stops during a tour that preceded the American Forage and Grassland Council’s Annual Conference in Roanoke.

While addressing the tour group, Tuck shared that he made the switch to rotational grazing in 2011. The 2017 Virginia Forage and Grassland Council’s “Outstanding Forage Producer of the Year” also began using stockpiled fescue as winter feed. The stockpiled fescue is strip grazed so that full forage utilization is realized.

Other changes that were made included installing two wells, eight water troughs, over 16,000 feet of fence, and over 7,000 feet of pipeline. Cattle are now excluded from 100 percent of the surface water (ponds and streams) located on the farm.

During the growing season, Tuck moves cattle to a new paddock every five to seven days. The fall-calving beef herd grazes to a plant height of about 4 inches, allowing for rapid regrowth.

In 2016, Tuck discontinued making his own hay and sold all of his haying equipment. He now purchases whatever hay is needed to supplement pastures.

Tuck is a numbers “junkie,” tracking his costs, time, and cow performance at every turn. As such, he shared some of the concrete benefits that he’s realized since switching to rotational grazing in 2011. Here are a few:

· The amount of time needed to care for and feed the cow herd has been reduced dramatically. This has allowed for more personal and family time. Tuck and his wife, Holly, have four children.