The seed-selection game has changed 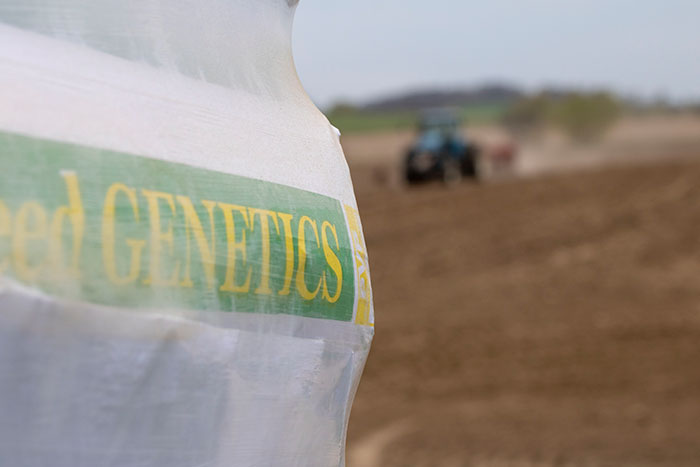 Many years ago, during my extension agent days, I got a phone call from a large dairy producer. The conversation went something like this:

DP: “Mike, these seed salesmen are beating me up and I don’t know what to believe. I want you to select the best alfalfa variety for me and then come out to the farm and we’ll talk about it.”

Me: “I can’t do that. If word got out that I recommended a specific company’s variety, they’ll hang me from the top of the silo. I can walk you through the steps needed to choose a good variety.”

DP: “No, that’s not good enough. I want you to pick the variety.”

Pause for me to think about this . . . influential producer, good friend, might be a fun exercise or a total disaster and the end of my career.

Me: “Okay, but you have to promise that you’ll not say a word to anyone about this.”

This was during a different time for alfalfa variety selection. There were many more seed marketers and breeding programs and many universities had fairly extensive variety testing programs. Further, I did have a system for variety selection that I’d talked and written about on numerous occasions.

Now my system would be put to the test.

I fired up my spreadsheet, dumped data into it, and progressively narrowed down the choices based on performance and varietal characteristics. Eventually, I shaved the field to a few options, and then picked one as my final recommendation.

The dairy producer seeded all of his new alfalfa fields to that one variety and I moved on to other things. Soon, I forgot about the whole ordeal.

Sometime during the first production year of those new seeding fields from the previous year, I ran into the producer and he mentioned that his new alfalfa was some of the best he’d ever had. In fact, he compared yields to some of his other fields and verified what looked to be true with the naked eye. That was a relief for me; it was some justification that my system worked, or I just got extremely lucky.

These days, the alfalfa seed industry looks very different than it did when I made my selection for that producer. There are significantly fewer seed marketers, breeding programs, and the number of university testing trials is down to a precious few. Further, there are additional traits beyond just yield and disease resistance to consider.

Even with these significant changes, there is still money to be made by devoting some time to alfalfa variety selection. There remain some foundational selection concepts that are as true today as they have ever been. In fact, there may be more. Here’s my list:

1. Get data if you can. Granted, that’s unfortunately becoming difficult with fewer university trials and very little on-farm testing.

2. Don’t select based only on one trait. This is always a recipe for disaster. Whether that trait is Roundup Ready, HarvXtra, high digestibility, fall dormancy, or a particular level of pest resistance, there are performance and other trait variations within the group. In other words, not all (fill in the trait) varieties are created or perform equally.

4. Yield still matters. Though most new traits are touted for their improved forage quality, forage yield remains the key factor to a profitable alfalfa enterprise. A modest 1/4 ton (dry matter) per acre yield advantage equates in value to 13 to 17 bushels per acre of corn. This level of yield disparity is virtually indiscernible to the naked eye but amounts to a huge value when factored over multiple acres and years.

5. Seed cost is easy to recover with enhanced performance. Unlike an annual crop such as corn, added alfalfa seed cost doesn’t have to be recovered in one year. The real “cost” of seed is not reflected in the purchase price alone. Seeding an inferior-yielding variety, regardless of price, means that long-term costs of production are higher per ton of forage produced. Generally speaking, advanced genetics and performance are going to cost more money. Conversely, money is always a consideration when choosing between comparable varieties.

Count him out on RFV Next

Where is grass good? Previous