A good story about a good grass 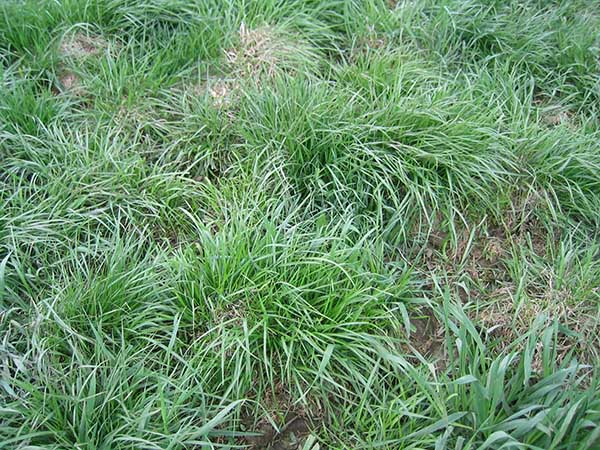 photo provided by Geoff Brink, USDA DFRC
In the current world of agriculture where technology rules the day, there is one forage feel good story that is founded on nothing more than keen observation. Perhaps you've already heard the story and the results, but it's a tale that is really too good — too improbable — not to review more than once. Stuff like this rarely happens anymore; we tend to discover new things, not old ones.

The story begins about 1990 when a dairy farmer in Mineral Point, Wis., notices a grass growing in an old oak savanna portion of his pasture. He doesn't recognize the grass, but he does observe that his grazing cows seem to like it and perform well on the forage. The ensuing years are spent spreading the grass to other areas of the farm by feeding ripe hay during winter and letting the cows spread the seed via their manure. At this point, the cows knew as much about what they were eating as the farmer knew about what he was feeding them.

Eventually, the farmer enlisted the expertise of Michael Casler, a grass breeder and plant geneticist at the USDA Dairy Forage Research Center in nearby Madison. Casler determined that the grass was a type of meadow fescue. This would later be confirmed with DNA testing. It's thought that the origin of the species found its way to the Midwest with early settlers in the 1800s and from cattle that were railed north from Southern states. Meadow fescue was once a popular forage grass in the South until KY-31 tall fescue entered the picture and dominated the marketplace in the 1950s; however, Casler believes meadow fescue was able to survive in hilly areas of the Midwest where plows could not tread.

Casler and his colleagues spent a considerable number of years documenting where the grass could be found in the Upper Midwest and evaluating its agronomic properties. A renewed interest in managed intensive grazing meant a renewed interest in grass species and their performance. Numerous meadow fescue varieties and other grass species were evaluated at research facilities and on active dairy farms. The plant genetics found on that Wisconsin dairy farm often excelled over the other competitors.

Hidden Valley, the name given to the new variety, exhibited excellent winter hardiness and drought tolerance. The trait that really shined was its high fiber digestibility compared to other grass species such as orchardgrass and tall fescue, though it yields slightly less. Similar to other fescues, Hidden Valley has an endophyte that gives it some degree of environmental protection, but it does not cause the livestock performance issues associated with common tall fescue varieties. It thrives in a wide range of growing environments.

Getting seed to market has proven somewhat challenging for Casler and USDA. Commercial seed production in Oregon has been poor. In 2013, a farmer in western Wisconsin volunteered to plant a small seed production field on his farm. Since that time, USDA formally released Hidden Valley to the public. There are currently no exclusive contracts or agreements with USDA or the University of Wisconsin to market or produce seed. The variety is now public domain, available for anyone to plant for seed production. Casler anticipates seed being available for commercial use in about two years.

The final chapter isn't written just yet. To be sure, there's limited seed at this point, and what is available is for seed production or research. Nevertheless, the fact that the story has continued this far defies some pretty long odds.

Ryegrass herbicide resistance on the rise Next