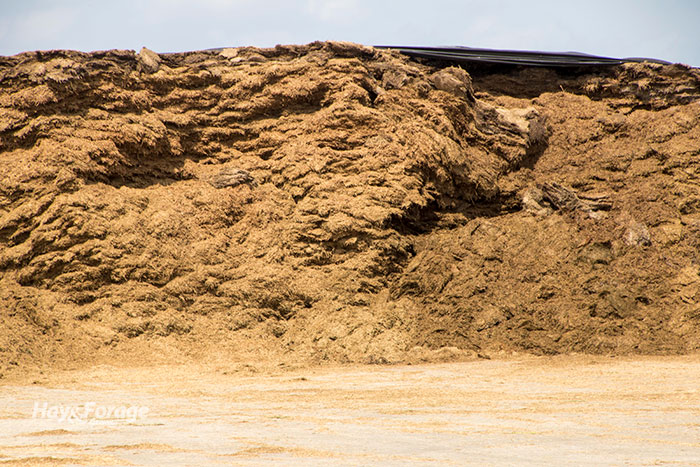 While on a farm visit last week, I found myself wandering around the dairy farm’s feed center with camera in hand. I got about 60 feet away from the center face of a bunker silo full of corn silage, then I stopped.

Stopping is not something I used to do. But now, and especially on that day, one thought — or should I say one person — came to my mind . . . Keith Bolsen. 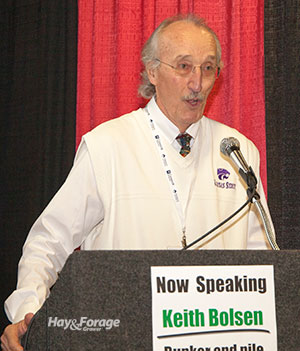 Bolsen was a silage researcher, ruminant nutritionist, and teacher at Kansas State University for 32 years. He became a world authority on all things silage storage and feeding. Had his résumé concluded when he walked away from Kansas State at retirement in 2003, that would certainly have been more than enough. But Bolsen wasn’t done.

He continued to consult and speak at conferences. More importantly, he opened a door into a room that had rarely been frequented and became the undisputed voice for silage safety. Several years ago, he and wife, Ruthie, founded the Keith Bolsen Silage Safety Foundation.

Bolsen passed away on May 29, preaching the silage safety gospel through his final days. Most of those who had heard him speak or knew him personally would readily admit that he made a profound impact on their awareness of the dangers surrounding a bunker silo or silage pile, especially a silage face avalanche.

Bolsen didn’t just provide lip service. As a scientist, he knew the power of replication in proving an outcome.

In the realm of silage feedout face safety, his replications came in the form of documented cases of those workers and nutrition practitioners who had been injured or killed by a collapsed silage face. There were many.

Bolson also produced videos and print documents with accident victims’ personal accounts. Every time I met Bolsen at a conference, saw him at a trade show, or received an email, he seemingly had a new story of someone who was injured or killed at the face of packed silage. Preventing such tragedies was simply his passion.

Although Bolsen is no longer with us, our industry cannot let his message die along with him. Here is just a partial list of some of the practices that he preached from his silage safety pulpit:

2. Never stand closer to the silage face than three times its height.

3. Never work in or near a bunker or pile alone.

4. Do not fill bunker silos or drive-over piles higher than the unloading equipment can safely reach.

5. Use caution when removing plastic or oxygen-barrier film, tires, tire sidewalls, or gravel bags near the edge of the feedout face.

6. Do not remove surface-spoiled silage from bunkers and piles filled to an unsafe height.

7. Use proper unloading technique, including shaving silage on the feedout face.

8. Never dig the bucket into the bottom of a pile. Undercutting creates an overhang that can loosen and tumble.

9. Never drive the unloader parallel and close to the feedout face in an overfilled bunker or pile.

10. Take samples from a front-end loader bucket after it is moved a safe distance from the feedout face.

12. Never park vehicles or equipment near the feedout face.

14. Avoid being complacent! Always pay attention to your surroundings and never think that an avalanche cannot happen.

15. Develop safety policies and procedures for the silage program. Schedule meetings with all employees to discuss safety.

Bolsen would tell us that lists don’t mean much if we don’t put them into practice. He also noted that nearly all of the past silage-related injuries and deaths were preventable.

Unfortunately, silage safety isn’t just a seasonal concern. Tires are moved, plastic is rolled back, cows are fed, and forage samples are taken every day of the year. The area above and in front of a silage feedout face is a perpetual farm danger zone.

If you haven’t done so already, visit silagesafety.org. Better yet, donate a few bucks to the cause and make sure you, your family, and your employees are made aware of the dangers that surround the silage face.

Keith Bolsen isn’t with us anymore to proclaim the silage safety message and remind us of the stupid risks we take. Now, it’s up to us.