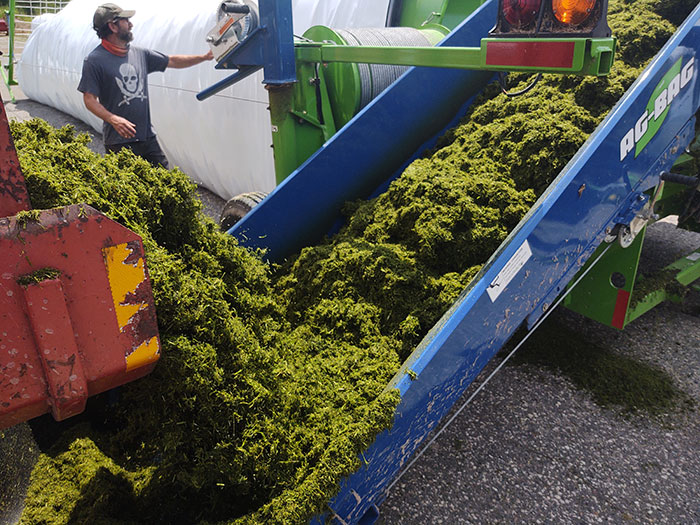 Industry is addressing this issue through improved plant genetics with the brown midrib and reduced-lignin traits and with the use of biologicals such as enzymes and inoculants. A third approach to realize improved fiber digestibility is through mechanical processing.

Kevin Shinners, an agricultural engineer with the University of Wisconsin, and his team of researchers have been investigating the feasibility of extreme forage processing. During a presentation at the Midwest Forage Association’s 2022 Symposium, Shinners said that the project hypothesis was that extreme mechanical processing (ExMP) would enhance the forage fiber surface area and rupture plant cells, leading to greater rumen microbial attachments and fiber utilization by the animal.

“Currently, the primary way of processing a crop is by cutting the material at the harvester’s cutterhead,” Shinners said. “In the case of corn silage, we also do some further processing between the rolls of the kernel processor, but this does little to improve the digestibility of the stalk fraction.”

Shinners and his team developed an experimental processor that would not only replace the current kernel processor on a chopper but could also be used on other windrowed perennial and annual forage crops. Currently, they’re using a stationary extreme processor to do their research work.

Shinners described the design as a screenless hammermill that subjects the forage to impact and shredding (see figure below). Forage that is extremely processed is initially cut longer than is typically done now. In fact, Shinners prefers to have the chop length set much longer than typically practiced.

Figure 1. The extreme mechanical processor has a hammermill design 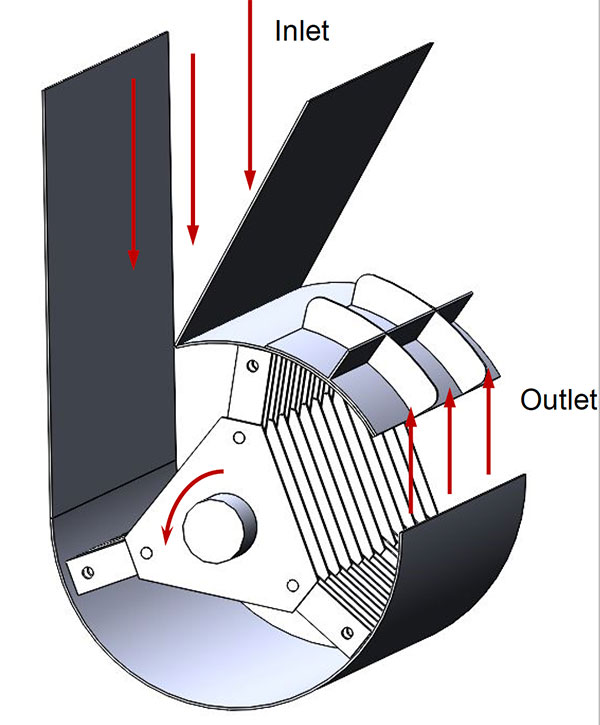 The ExMP forage has greater packing density (over 20%) and improved fermentation, including a lower pH and greater acid production.

Here’s what the cows say

Before developing a prototype extreme processor for a forage harvester and refining the design, the research team needed to know if the ExMP forage would result in improved animal performance.

Using mesh bags in cannulated cows, Shinners said they were able to determine that both ExMP-ensiled alfalfa or whole-plant corn had a greater rate and extent of dry matter digestion over time. “In the case of corn silage, the kernels are completely obliterated, so we think starch digestion is likely also improved with this process,” Shinners said. “In fact, when we evaluate extreme processed corn silage, the kernel processing score is usually 90% to 95%.”

The next step was to feed the ExMP forage to cows and evaluate lactation performance. Second-cutting alfalfa in the late-bud stage was either extremely processed with a 22 millimeter (mm) theoretical length of cut (TLOC) or not processed with a 10 mm TLOC.

The alfalfa was then fed at 30% of the diet dry matter to lactating cows in a diet that also included brown-midrib corn silage and high-moisture corn. The only difference between the two diets was that one included the ExMP alfalfa. “Nutritionally, the two groups of cows got the same diet,” Shinners emphasized.

“When we looked at milk production over the six-week experimental period, it was not significantly different, so at first glance this didn’t look too promising,” Shinners said.

When milk components were evaluated, there was a significantly higher percentage of milkfat and more milkfat produced per day for the cows fed the ExMP ensiled alfalfa (see table; values followed by the same letter are not significantly different). As a result, pounds of fat-corrected milk produced per day was about 3% higher for the ExMP alfalfa cow group.

“Another positive outcome from the experiment was that cows fed the highly processed haylage were consuming less dry matter, so the feed efficiency was improved by about 6% for those cows,” Shinners noted. “Overall, we felt encouraged by these results.”

At this point, Shinners doesn’t know what the final version of the extreme processor will look like. What can be said is that it might cost more, take more power, require more fuel, and have slightly greater repair and maintenance costs.

The agricultural engineer estimates that the cost will be at least 20% more per ton of harvested forage. It will probably be more than 30% higher for haylage because no processor is currently used for windrowed forages.

In some preliminary economic analysis, it still appears that the higher processing costs will be more than offset by the cow benefits that include less feed needed because of lower dry matter intakes, higher milk components, and improved feed efficiency.

Shinners concluded by saying that they are in the very preliminary stages of perfecting the processor and evaluating the feed’s benefits. “There’s still a lot more work to be done,” he said, “but the initial results show some promise. If they didn’t, we would stop the project right now.” 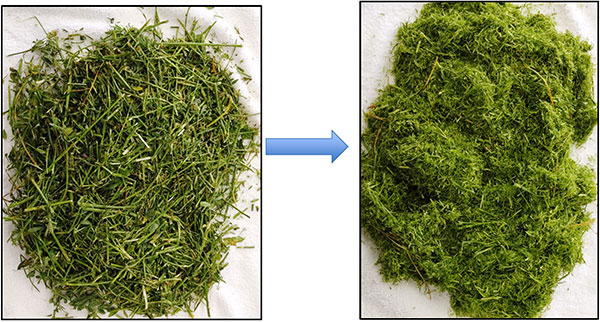 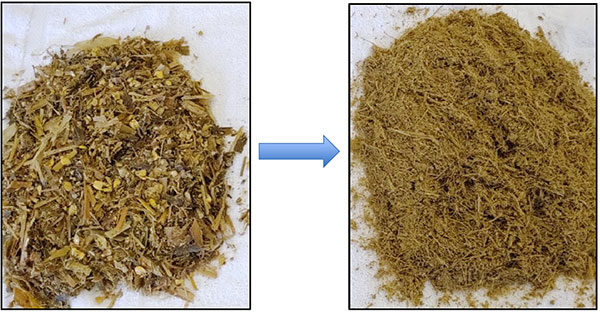 Giving alfalfa a short-term companion Next