Save water on irrigated alfalfa 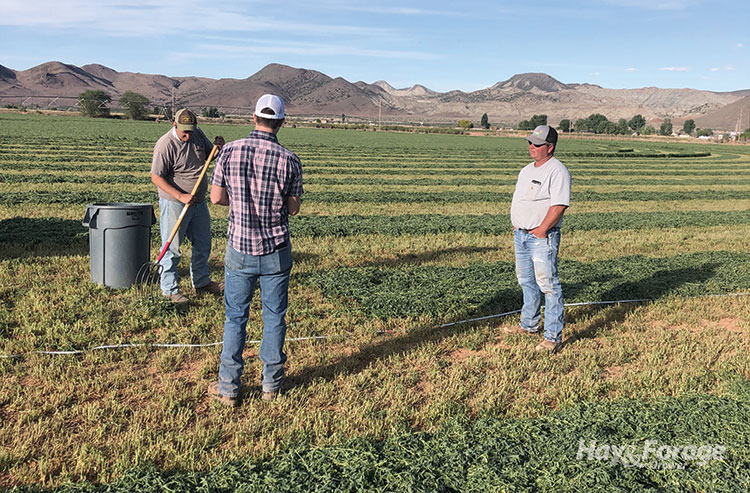 Alfalfa yield and quality sampling at a farm in Sevier County, Utah.

“The impetus for this project was to find inexpensive ways farmers could use less water or become more efficient with water and provide more resiliency to drought,” Yost said. He also wanted to see if updating irrigation equipment would improve alfalfa production. 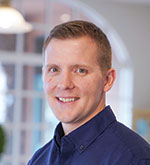 “We’ve had sensors and weather stations to help guide irrigation for a long time. But very few studies compare them side-by-side and see how they perform,” Yost said.

The study was established in 2019 on 12 alfalfa fields owned by 11 farmers. On each pivot, researchers divided one span into three sections. One section included new sprinkler equipment, such as nozzles, regulators, and sprinklers. Another section had the same new equipment but smaller nozzles to apply 10% less water. The third section used farmers’ existing equipment and rates.

2. A rate based on a soil moisture sensor installed in each field.

3. A rate set by the irrigation scheduler using weather data collected on site.

4. A rate set by FieldNET Advisor.

Each schedule was replicated four times. Pivot panel and logistic issues resulted in schedule treatments on nine fields in 2019 and six fields each in 2020 and 2021.

“Sometimes we saw pretty significant water savings, like 15%, but sometimes it was pretty small, like 5%, to get the same alfalfa production,” Yost said. Reducing irrigation by 10% did not impact production in 2019, which was a wet year. But yield losses from the irrigation reduction were apparent in 2020, a drought year. “There’s definitely more opportunity to cut back in wet years than in dry years,” he added.

Yost was surprised to see little impact on alfalfa production from changing out older equipment for new, although not all of the equipment was highly worn. The irrigation industry recommends replacing sprinklers every six to eight years, but some are used 15 years or more, he said. He continues to recommend changing out worn equipment because it impacts performance and can cause crop losses.

“Among the tools, the soil moisture sensor most frequently had the largest water savings, which wasn’t too surprising because it had the most direct measurement,” Yost said. The commercial product often recommended more irrigation than the other methods during dry years.

“When we talk about that program, we mention the automatic nature and ease of it,” he noted. But it requires the most investment and technical expertise in setting it up. The irrigation scheduler tool recommended near to or slightly more irrigation than did the soil moisture sensor, but the tool is free and a good place for farmers to start, Yost said.

The research showed that irrigation scheduling in general is more likely to save water than improve yield. In dry years, the scheduling tools “were really useful” because they helped farmers figure how to partition irrigation water, he noted.

“One of the most important points is that farmers are already doing a really good job,” Yost said. “They are irrigating close to what the advanced tools would suggest. But, there is still quite a bit of opportunity to save water with the advanced tools.”

This article appeared in the August/September 2022 issue of Hay & Forage Grower on pages 14-15.

Fungicide use to inhibit Aphanomyces Next