Alfalfa may have a future on Mars 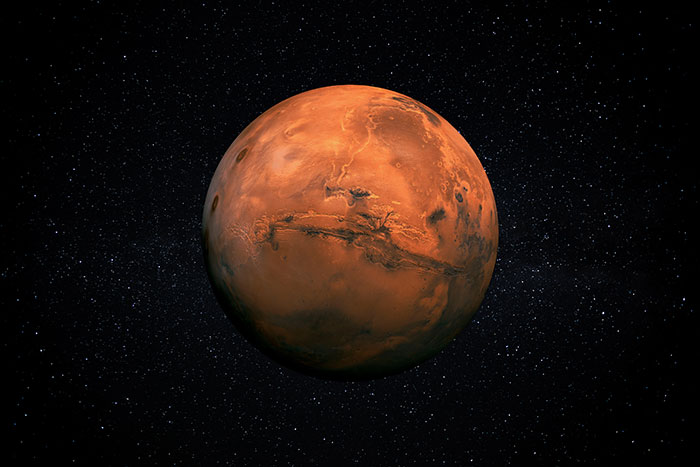 The benefits of alfalfa as a feedstuff, soil enhancer, and nitrogen contributor are well known here on Earth. Someday, those same benefits may be leveraged on Mars.

While evaluating possible food sources to sustain life on the Red Planet, Iowa State University researchers were investigating the possibility of growing crops such turnips, lettuce, and radishes.

Of course, the soil on Mars is much different than the majority of our native soils on Earth. A Mars’ soil is mostly derived from past volcanic activity, which makes it basaltic in composition. It is salty but has also been found to contain low concentrations of most the macro and micro elements we are familiar with on Earth.

In the journal Plos One, the researchers note that “. . . the main limiting factors of the basaltic regolith soil are its low nutrient bioavailability and poor water-holding capacity due to absence of organic carbon.”

In the greenhouse study, a Mars-like soil was simulated from ground organic rocks. Turnips were planted in the basaltic regolith soil or in a garden soil, which was used as a control treatment. As would be expected, “. . . the growth of turnip plants in the basaltic regolith simulant soil was unhealthy as compared to that grown in garden soil,” the researchers noted. The addition of liquid fertilizer to the basaltic soil significantly improved turnip growth.

The researchers also investigated the possibility of using one plant species to provide nutrition for the desired edible plant species. It was noted that alfalfa exhibited “robust growth” in the basaltic regolith simulant soil when fresh water was applied.

Alfalfa grown in a garden soil and a basaltic regolith simulant soil. 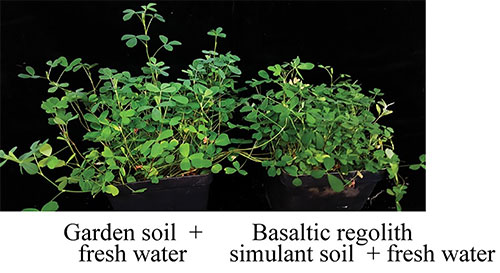 Alfalfa was tested to see if it could serve as a nutrient source in the simulant soil for growing food crops. The alfalfa was grown on the basaltic regolith soil and harvested. It was then dried and ground into a powder, which was applied to the edible crops’ Mars-mimicked soil.

Effect of dried and ground alfalfa on the growth of turnip (left) and radish (right) in a basaltic regolith simulant soil. 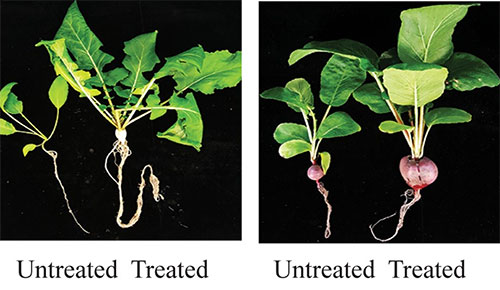 In their discussion, the researchers stated, “For the first time, we report an integrated use of a biofertilizer and microbe for effective treatment of basaltic regolith soil and briny water simulants, respectively, for suitable resources that sustain plant growth. Furthermore, this study signifies that for long-term purposes, it is possible to treat in situ soil and water resources for farming on Mars to sustain human missions and permanent settlements.”

The complete study with more details is available to read in Plos One.

A checklist for fall pasture renovation Next