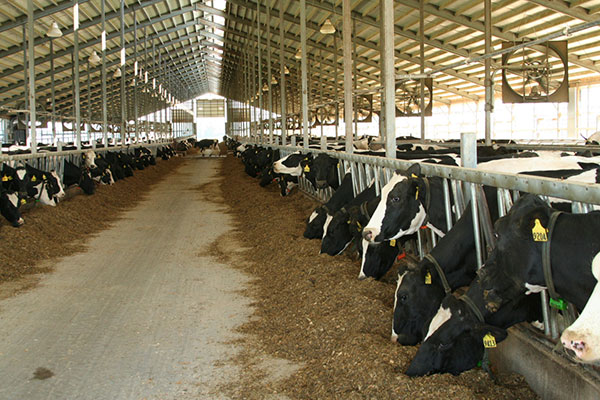 How cows digest forage determines the extent to which they will make milk. As most forage feeders know, forage quality varies from cutting-to-cutting and year-to-year, presenting challenges that force ration adjustments on an ongoing basis. It’s never “one size fits all.”

John Goeser, animal nutrition and R&I director with Rock River Lab Inc., shared what to look for in a laboratory analysis from 2016’s forage crop. He made his comments on the Dairy Forage Seminar stage at World Dairy Expo in Madison, Wis.

“Now we are starting to look at uNDF240 (undigested NDF after 240 hours) as well to better understand how forage is going to react within cows,” Goeser said.

Total tract NDF digestibility (TTNDFD) is a relatively new measure of forage quality developed by David Combs at the University of Wisconsin. “The goal is to have TTNDFD values greater than 46 to 48 percent,” Goeser said. “Use it as a benchmark of how the forage is going to feed.”

For corn silage, Goeser also evaluates rumen starch digestion. In situ starch digestion measures how fast the rumen breaks down starch. “We want to see greater than 80 percent of that starch broken down in the rumen,” Goeser said.

Looking at the thousands of samples that have come through Rock River Labs this year, Goeser compared fiber levels of 2016 forages to that of 2015. In terms of fiber levels as measured by NDF, they look to be significantly lower for 2016 corn silage, especially in the East and Midwest. For hay crop forages, fiber levels are similar to last year based on samples submitted to date.

In the East and Midwest, fiber quality, as measured by TTNDFD, is slightly better this year compared with last year. This held true for dry hay, haylage, and corn silage.

The West has more consistent growing performance because the environment can be better controlled. Therefore, fiber quality and production have remained relatively constant and at a higher level of TTNDFD than the East and Midwest.

As a result of delayed harvest due to rain in many areas of the Midwest, Goeser noted that it is still unknown how corn silage is going to feed.

“Not only were we delayed, for some reason plants dried down faster this year, potentially due to mold or other factors,” Goeser said. “On the later harvested corn silage, fiber digestibility has really declined rapidly, down to 35 percent TTNDFD.”

A drier crop presents several challenges, including depressed starch digestibility, less stability, and perhaps poorer fermentation. As corn silage ferments, the starch and grain softens, so if you do a better job of kernel processing, this will speed starch digestion in storage.

Some variables can’t be controlled and rob the feed of nutrition. These include vomitoxin, yeast, and mold. Goeser especially has concerns about mold in the growing environment this year.

Producing higher quality grass and alfalfa has more to do with management and harvesting at the right maturity. He emphasized earlier cutting on alfalfa to capture the most potential dollar return in milk production.

Goeser said that corn silage is more influenced by selecting the right hybrids. “For the most part, 50 percent of quality is dictated by the hybrid unless harvest timing is exceptionally late.”

Goeser noted that lab samples of brown midrib hybrids have historically tested much higher in fiber digestibility than their conventional counterparts.

Another management strategy that influences corn silage quality is cutting height. Goeser looked at responses in milk and digestibility in higher cut silage. He found that corn yield would decline by leaving 6 to 12 inches of lower stalk in the field, a value of about $40 to $50 per acre.

Goeser analyzed the milk value per cow per year being fed with high-cut feed. He found that you could gain about $80 per cow per year. Considering that about two cows can be fed per acre of silage, returns can potentially be over $100 per acre in more milk. This is due to more starch per ton and better digestibility.

Swath grazing: another winter option Next