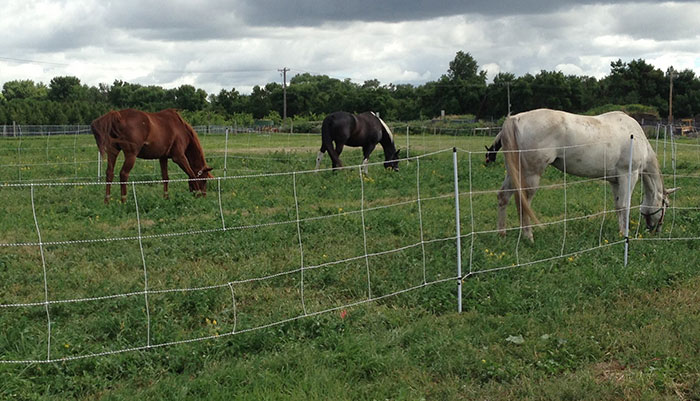 What horse owners refer to as a pasture often ranges from a primary nutrient-supplying source of forage to nothing more than an exercise lot with a scarcity of grazeable grass.

According to Krishona Martinson, extension equine specialist with the University of Minnesota, over 80% of horses have some pasture access. She emphasizes that providing high-quality pasture forage has many benefits compared to leaving a horse in confinement and just feeding them hay. Pastured horses are less prone to eating manure and bedding, cribbing, and wood chewing.

Horse owners often ask what forage species are best to establish when they are either renovating an existing pasture or seeding a new one. A component of that discussion involves whether or not to include a legume.

With limited information available for horses grazing grass-legume pastures, researchers at the University of Minnesota embarked on a study to evaluate grass monoculture pastures compared to those with either alfalfa or white clover added to the seeding mix. They compared the various pasture types on the basis of yield, plant composition, forage nutritive value, and horse preference.

The three-year study consisted of pastures with orchardgrass, Kentucky bluegrass, or meadow fescue that were planted alone and in mixtures with alfalfa or white clover. Horses grazed the pastures monthly during the growing season.

Here’s what they found:

Weeds: The use of herbicides for weed control cannot be utilized in grass-legume mixtures, as products will also injure or kill the desired grasses and legumes, depending on the target weed species. Martinson says that grass-legume mixtures tend to create a more competitive environment compared to grasses planted by themselves; therefore, mixtures can be used as an effective strategy to help reduce weeds. In the Minnesota study, adding legumes to Kentucky bluegrass resulted in reduced weed pressure.

Horse preference: Martinson notes that all of the pastures were readily grazed by the horses. The researchers found minimal differences in horse preference between the grass and legume species.

“Given the higher nutrient content of grass-legume pastures, they may not be appropriate for horses that are overweight or prone to certain metabolic conditions,” Martinson cautions. “However, they are likely to reduce supplementation costs for those horses that demand a higher level of nutrition.”

When do you keep forage seed in the bag? Next