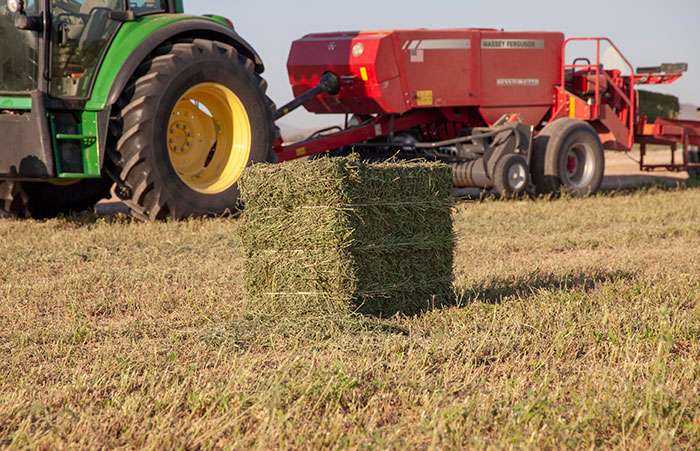 If you’re in the business of selling hay and weren’t hindered too badly by poor weather, then 2018 was a very good year from a price value standpoint. The opposite was true for the hay buyer. For that latter category, it’s likely going to get worse before it gets better. Many dairies are already scrambling to find high-quality hay.

The average December Alfalfa Hay price broke a recent two-month downward trend and bumped $5 per ton higher than November to $180. That value is $31 over the December 2018 average price. The USDA report follows a previous one that indicated year-over-year December 1 hay stocks were down by 6.4 percent after being down by 12 percent in December 2017.

From December until spring when new crop begins to hit the market, hay values typically rise with a peak occurring in April or May. The highest average U.S. Alfalfa Hay price in 2018 occurred in May at $189 per ton. That was a $40 bump from December 2017. From December 2016 to a year later, the market value difference was $19 per ton.

Given where the market currently stands and the hay stocks situation, it’s conceivable, maybe even likely, that the average Alfalfa Hay price could hit $200 per ton by spring. That hasn’t occurred since August 2014. 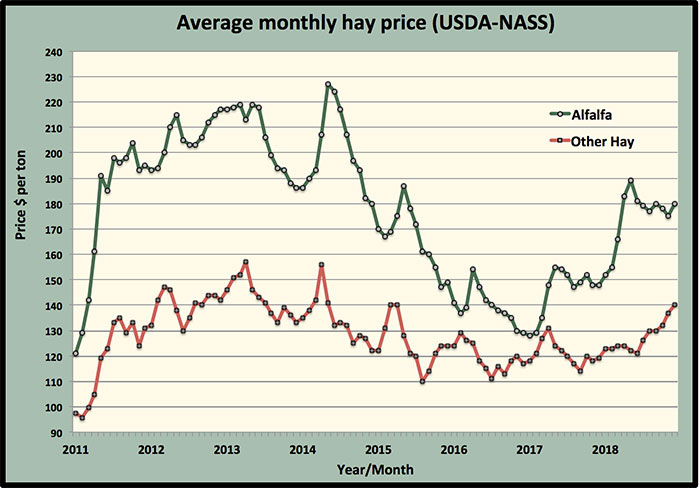 Keep in mind that the USDA price averages currently account for all qualities of hay sold. That means Premium and higher quality hay is actually at some higher price average. Also, the final U.S. estimate is a volume-weighted average rather than a simple average of state values. Those states with the most volume sales will impact the final U.S. dollar value more than those states with fewer sales.

The largest Alfalfa Hay price gainers in December were Oklahoma (up $25 per ton), Iowa (up $18), and Pennsylvania (up $14). Arizona, Colorado, Indiana, and Michigan were all up $10 per ton (see table below).

Price decliners, which there were few and only small declines, encompassed Kansas, Nebraska, and North Dakota.

The price of Other Hay (mostly grass hay) moved $3 per ton higher in December to $140, which is $21 higher than the previous year. It also reached its highest monthly average since April 2015.

Interestingly, the average price of Other Hay continued to climb throughout 2018 (minor price declines in May and June). Unlike a typical year, there was no spring peak price followed by a steady drop until winter.

Like alfalfa, it’s likely that the Other Hay price will continue to climb through spring. The highest monthly Other Hay price ever recorded was April 2013 at $157 per ton. Some value near that level is certainly a possibility before year’s end. 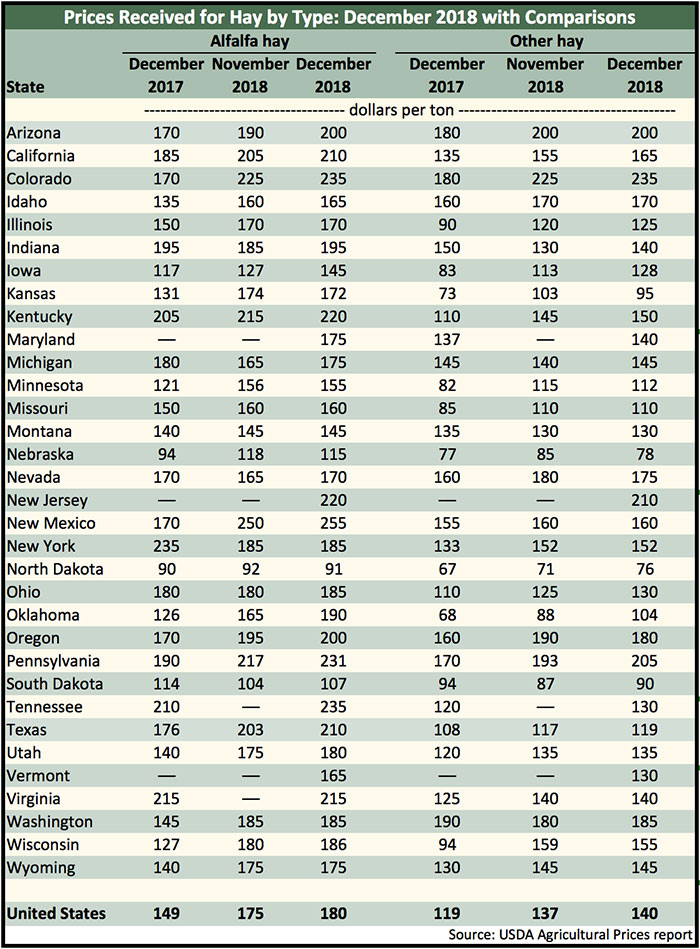 Another positive price move in January Next