Another positive price move in January

The January average prices for both alfalfa and other hay types continued their upward climb, according to USDA’s latest Agricultural Prices report.

The average January alfalfa hay price went up $1 per ton to $181, which followed a $5 per ton price boost in December. The January average alfalfa hay price is $28 per ton more than January 2018 and is the highest January average price since 2014. From December until spring when new crop begins to hit the market, hay values typically rise with a peak occurring in April or May. 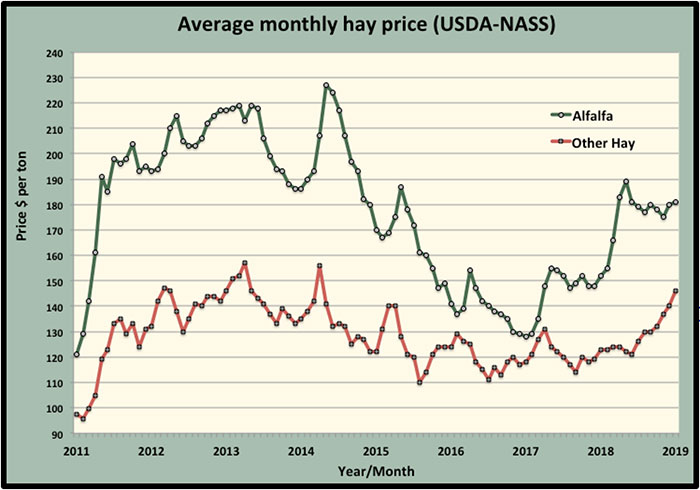 
The largest alfalfa hay price gainers in December were New York (up $15 per ton) and Minnesota (up $12). California, Nevada, and Pennsylvania were all up $10 per ton (see table below).

Only three states had average alfalfa price declines in January. They were Iowa (minus $18 per ton), Missouri (minus $5), and Oregon (minus $5).

The price of other hay (mostly grass hay) continued to show strength, moving $6 per ton higher in January to $146. This value is $23 higher than the previous year and is the eighth consecutive month without a price decline. 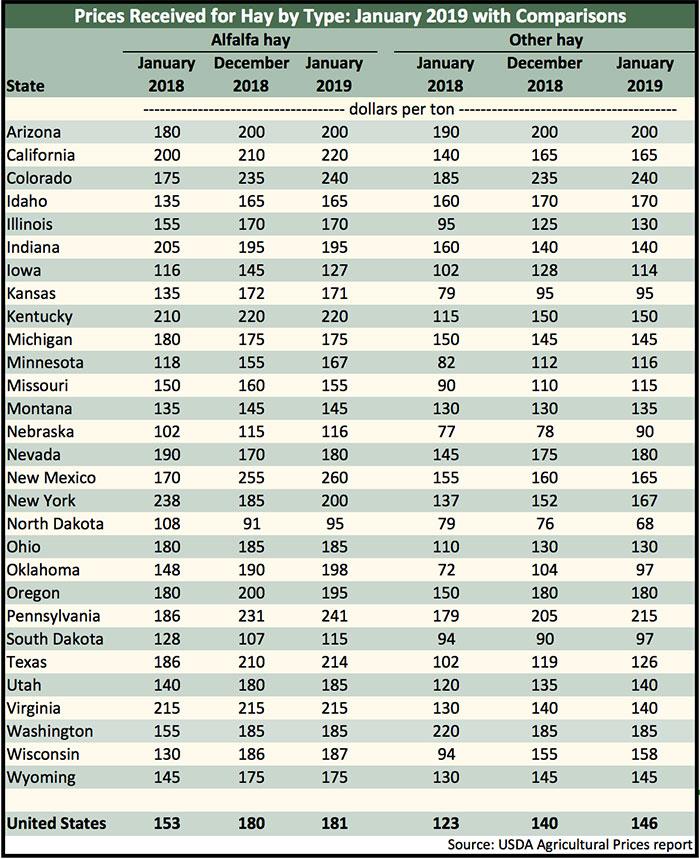 Alfalfa harvest cranking up in Imperial Valley Next

A hay-price bang to finish 2018 Previous