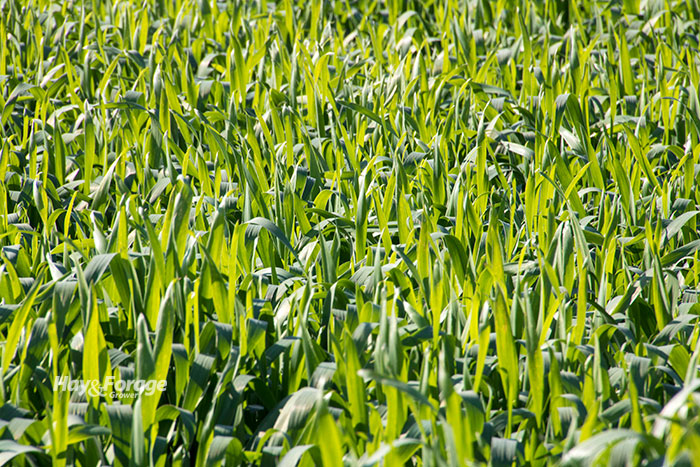 If you found yourself coming up a little short on grazing material for growing animals this past fall and early winter, researchers at the University of Nebraska can offer some information to possibly solve the problem.

Mary Drewnoski, an extension beef specialist, and her team have been evaluating late summer-seeded forage options for the past several years. Included in the list of potential players are spring triticale, spring barley, annual ryegrass, spring field peas, and turnips. However, the two species that the Nebraska researchers have found to be the best are oats and rapeseed.

Like many areas of the Midwest, Nebraska is limited in the number of growing degree units that are accumulated in the fall. For this reason, Drewnoski said that only early harvested corn silage fields are options for planting an annual fall grazing crop and that fall crops need to ideally be planted by mid-August.

While speaking at the American Forage and Grassland Council’s Annual Conference in Wichita, Kan., last month, Drewnoski said that one of the first things she learned while doing the research was that looks can be deceiving. 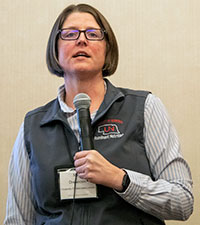 Mary Drewnoski
“The brown, frozen forage material in early December looked like it had lost all of the quality it had from just a month earlier,” Drewnoski said. “But the reality was that when we tested the forage on December 9, it still had 67% total digestible nutrients (TDN) and 23% crude protein.”

In the Nebraska studies of fall-grazed oats and brassicas, growing calves have gained between 1.5 and 2.5 pounds per head per day in November and December. Paddocks were usually stocked at about one calf per acre.

“Assuming fields got planted before late August, the most influential factor controlling animal performance is weather,” Drewnoski said. “The biggest problem isn’t cold, but rather wet. Trampling is a problem in a wet year, especially in a set-stock system like we were using. We also found that it didn’t pay to fertilize with nitrogen for such a short growing period,” she added.

Adding a brassica to fall oats will often improve animal performance. Radish and turnips have a high crude protein and digestible organic matter. They are a good companion with oats, but Drewnoski said she is not as high on these species because 35% to 40% of the plant is in the root, and it’s difficult to manage grazing.

“This is why I have ended up favoring rapeseed, another crop that is very high in protein and energy” Drewnoski explained. “Most of its growth is leaf material. I have observed that cattle don’t like the rapeseed as well until after it winterkills, but then they love it.”

Rather than just turn cattle out into a field and only realize about 30% harvest efficiency, Drewnoski wanted to know if they could do better by strip grazing an oat-brassica mix. In a direct comparison, she found that animal days grazing per acre could almost be doubled with strip grazing.

Although average daily gains declined somewhat with strip grazing, total gain improved from 148 to 232 pounds per acre and was economically superior, even with the labor cost of moving cattle every day. 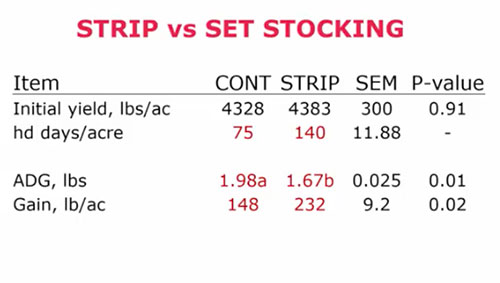 Ask questions if buying hay from a distance Next

Alfalfa is the gift that keeps on giving Previous