Alfalfa is the gift that keeps on giving 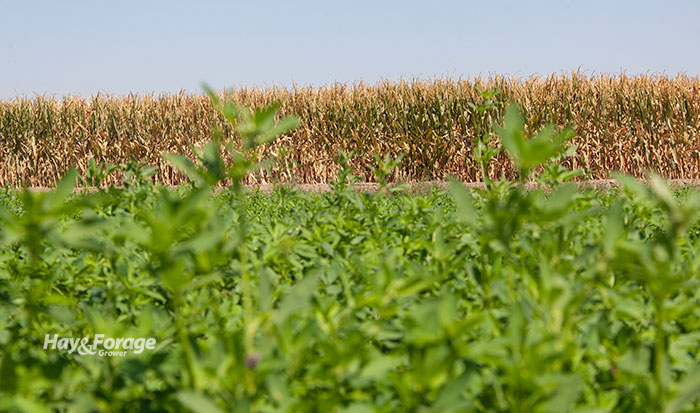 Producers may be digging deep into their pockets to purchase fertilizer this year. However, such an investment might not be necessary for fields where corn and small grains follow alfalfa.

These crops can meet their nutrient needs by accessing nitrogen that has been fixed in the soil.

To understand the effects of legume nitrogen credits, researchers with Utah State University (USU) Extension conducted studies on first- and second-year corn and small grain fields planted after alfalfa in a rotation. Data on crop yield and quality was used to determine if applying nitrogen in these situations would be economically justifiable.

During the virtual USU Extension Crop School held last month, Earl Creech presented results from a multi-year study in which four fertilizer treatments were administered to two fields of first-year corn following alfalfa. Nitrogen was applied as ammonium nitrate at planting at rates of zero, 50, 100, and 200 pounds per acre. Months later, corn silage yields were reported to be 27.9, 28.3, 29.1, and 29.2 tons per acre, respectively. 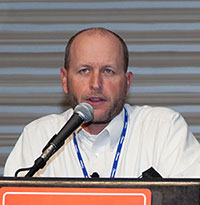 “What we saw was that there was a nitrogen response, but it was not statistically significant,” the extension agronomist stated. “That caught our interest because most growers who are following alfalfa with corn in this state are applying 150 to 175 pounds of nitrogen per acre.”

To expand upon these findings, the experiment was replicated on 36 more fields in 10 different counties across Utah. Twenty-seven of these sites were first-year cornfields and nine were second-year cornfields. The preceding alfalfa stands also ranged in age, condition, and quality. Nonetheless, the pooled data was similar to that of the original study.

“There is no economic benefit to applying nitrogen to first-year corn grown after alfalfa,” Creech asserted. “In the case of our recommendations, it is probably wise to apply a little bit of nitrogen to second-year corn, but even two years out, most of the fields were not responsive to it,” he added.

Soil samples were taken to determine how much of the nutrient was present in the first 3 feet of the fields. This amount was added to the 30% of non-available nitrogen that was estimated to have mineralized between planting and harvest.

“If we sum all of this up, that alfalfa provided 334 pounds of available nitrogen on average over the course of the growing season. That’s why we see little to no effect of nitrogen additions to corn when grown after alfalfa in the first couple of years,” Creech concluded.

The first trial assessed 13 fields of mixed small grain species that were going to be harvested for forage. Only one field required nitrogen to maximize forage yield, and Yost suspected this was because the previous alfalfa stand was 10 years old and very thin. Forage quality was also evaluated, but unlike yield, quality improved in almost every field when nitrogen was applied. 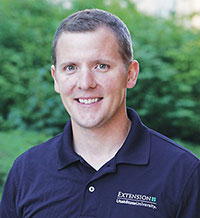 “If your selling price is based on yield, then we would suggest that you do not need nitrogen fertilizer for first-year small grain forage after alfalfa,” Yost stated. “If there is some benefit to having increased quality – if you can sell it, market it, or feed it on your operation and that elevated protein is going to pay for nitrogen fertilizer – then it is going to be worth it.”

In another trial, 17 fields of first-year small grains following alfalfa were harvested for grain. Although most of these sites needed 75 to 150 pounds of nitrogen per acre to optimize grain yield, some did not need any fertilizer at all. Therefore, Yost recommended testing soil nitrate levels in early spring to predict if added nitrogen will benefit production.

“If you have a concentration less than about 21 parts per million of nitrate, then you should apply nitrogen,” Yost instructed. “The average of our trials showed about 85 to 100 pounds of nitrogen per acre was ideal.”