Not all forage-finished beef is created equal

Numerous studies have revealed that the beef finishing diet prior to harvest impacts meat quality. Specifically, diet is believed to influence the amount of intramuscular fat (marbling) and ultimately beef eating quality.

Human diets having greater ratios of PUFA to SFA (>0.45) and lower ratios of Omega-6 to Omega-3 (<4.0) may reduce the incidence of coronary artery disease. Previously, forage-finished beef has been concluded to have comparatively greater nutritional value due to favorable ratios of PUFA:SFA and Omega-6:Omega-3 fatty acids. 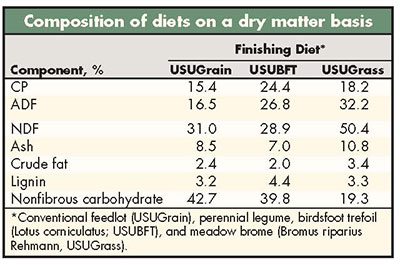 In a study conducted at Utah State University, forages were explored that provided a range in dietary carbohydrate. Three groups of cattle were provided different finishing diets during the last four months of production up until harvest. The first group was provided a typical feedlot ration (USUGrain), the second grazed the legume birdsfoot trefoil (USUBFT), and the third grazed meadow bromegrass (USUGrass).

Interestingly, the nonfibrous carbohydrate (NFC) level of the feedlot ration and birdsfoot trefoil was comparable and greater than meadow brome (see table). This provision of dietary carbohydrate was determined to impact many meat quality factors. However, final marbling score did not differ due to diet. This is in contrast to previous studies that showed marbling to be altered with diet. However, visual assessment of marbling is a subjective measure and other indicators of carcass fatness (fat thickness; kidney, pelvic, and heart fat) revealed that diet did have an impact on carcass fatness in this study with USUGrain and USUBFT being comparably greater than USUGrass. 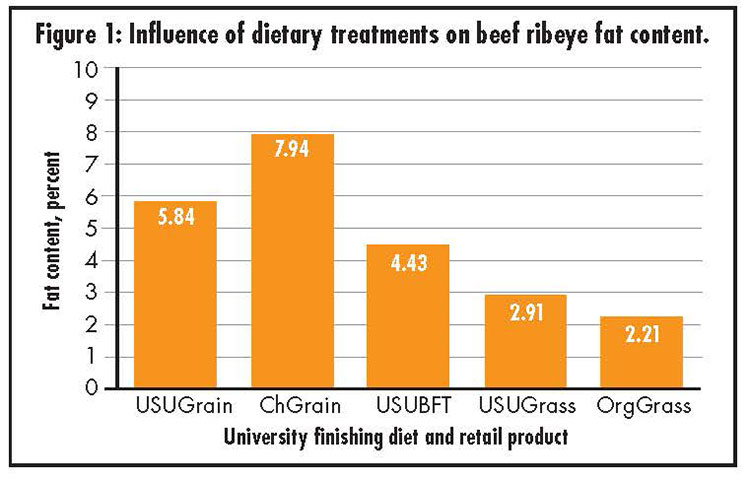 Considering the impact of diet on both fat content and beef palatability, there were specific links with beef fatty acid content. As previously described, changes in marbling content occur primarily through higher amounts of triglycerides during animal finishing. Furthermore, there is a propensity for greater accumulation of SFA and MUFA within beef triglycerides as overall marbling improves in comparison with PUFA. In this study, grain-finished beef had greater fat content (Figure 1) and greater cumulative SFA and MUFA compared with grass-finished (Figure 2 and Figure 3). Similar to overall fat content, cumulative SFA and MUFA of USUBFT was intermediate to the USUGrain and USUGrass treatments. 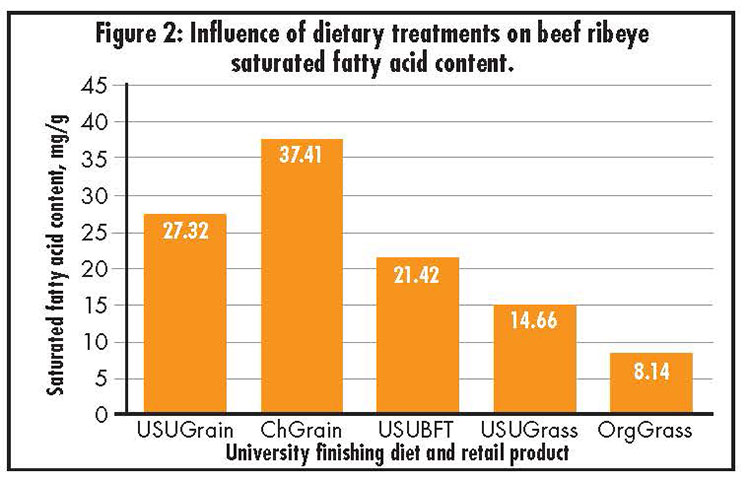 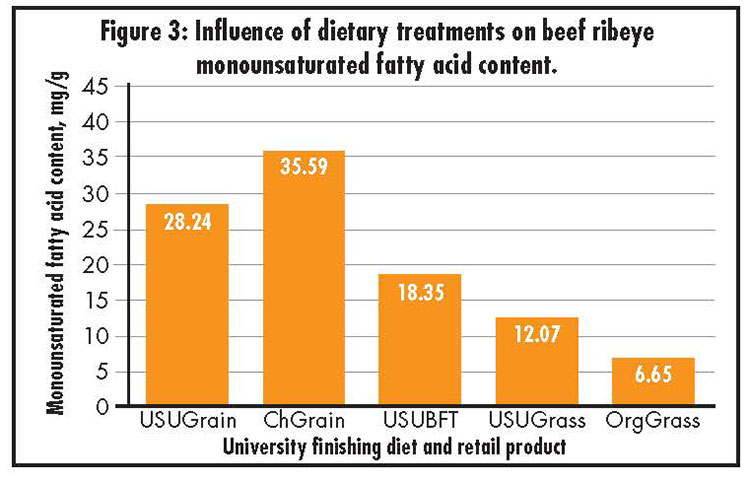 With regard to sensory perception, concentrations of SFA and MUFA have been positively correlated with desirable beef flavors. In contrast, an elevated proportion of Omega-3 fatty acids have been shown to increase undesirable off-flavors in beef. The results of this study would support these previous conclusions, where forage-finished beef had lower flavor liking and less SFA and MUFA concentrations while having greater proportions of Omega-3 fatty acids. 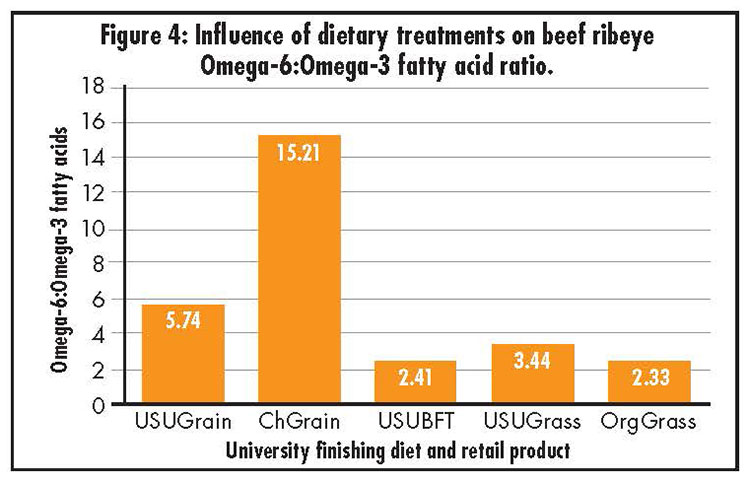 The results of this study support the conclusion that cattle finishing diets impact beef quality, where grass-finished beef is generally lower in fat and less liked by consumers compared with grain-finished beef. However, this study reveals that not all forages are equal. The relatively high concentration of NFC in the legume birdsfoot trefoil compared with meadow brome appears to have boosted fat content and altered consumer perceptions.

This article appeared in the August/September 2016 issue of Hay & Forage Grower on page 22 and 23.