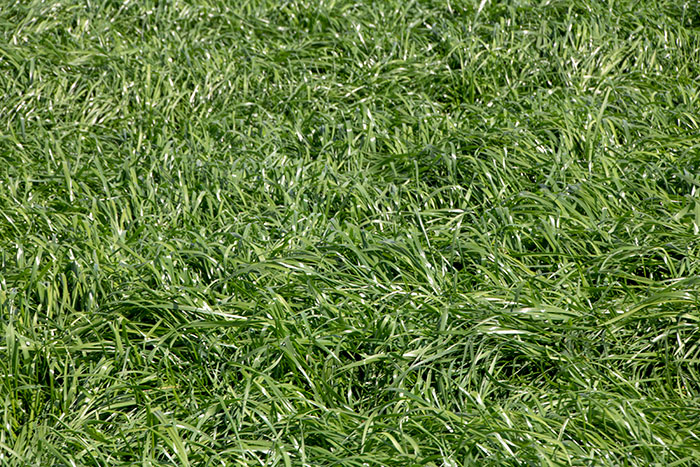 Aside from alfalfa, perhaps no forage species is more widely utilized across the U.S. than ryegrass. It’s grazed extensively from north to south and also is harvested as hay, baleage, and silage.Why is ryegrass so popular?A good place to start is its superior forage quality when cut or grazed at most any stage.“Ryegrass provides rocket-fuel forage quality, especially in terms of energy,” says Dennis Hancock, University of Georgia forage specialist. “It also provides lots of tonnage.”In the South, the annual ryegrass-planting season is fast approaching, but there are several considerations that deserve some thought before greasing the grain drill.“Annual ryegrass seed supplies are tight and prices look to be as high or higher than last year,” Hancock says in a recent email alert.For those trying to hunt down ryegrass seed, you’ll find an array of options on the market, which can be confusing.Two types“Annual ryegrasses are grouped into two different types based on the number of chromosomes that are contained in each cell,” says Rocky Lemus, extension forage specialist with Mississippi State University. “These two types include diploid and tetraploid varieties.”Diploid varieties have two sets of chromosomes in each cell while tetraploids have four sets, doubling the number of diploid cell chromosomes from 14 to 28.“This genetic variance leads to physiological and performance differences,” Lemus explains.Diploid annual ryegrass varieties have smaller cells with lower water content. Their plant structures such as leaves are smaller, but diploids often produce more tillers than tetraploids.“A diploid’s higher tiller density can provide for more competition with weeds, sustain productivity under lower fertility and on wetter soils, and remain more prostrate (upright),” Lemus says. “This allows the stand to stay persistent in heavy grazing situations,” he adds.Tetraploid annual ryegrasses are extremely palatable and have a higher content of soluble carbohydrates (sugar and starch) while also being lower in fiber content.“Tetraploids have a higher water content in their cells and this can reduce dry matter intake,” Lemus says. “They are generally later maturing and also are slower to recover after being grazed because they do not tiller as aggressively as diploids.”Lemus also notes that the extremely palatable tetraploids can be susceptible to overgrazing. They are a good choice when incorporated into legume mixtures because they are less competitive than diploids.Calibrate drills“There will always be differences in seed size between seed lots and varieties of the same species,” Georgia’s Hancock notes. “But the difference between diploid and tetraploid ryegrasses is huge.”With four sets of chromosomes, tetraploid seed may be up to 150 to 200 percent the size of some diploid varieties (see photo). Seeding rates for the two types are the same.

“When planting ryegrass, be sure to calibrate, check, and adjust the drill frequently to account for differences in seed size between diploid and tetraploid varieties,” Hancock recommends.

If you’re not familiar with the proper technique for calibrating a grain drill, here’s a link to a recently made video from the University of Kentucky that will detail the procedure.Use good geneticsBecause there is not “one size fits all” annual ryegrass for every farm and situation, both Hancock and Lemus recommend doing your homework on variety selection.In addition to yield potential, ryegrass varieties also differ in terms of disease resistance (crown rust) and cold tolerance. Both forage specialists suggest checking results from university trials to best match ryegrass varieties with local growing conditions. Even within the same state, recommendations can vary from north to south.

“These days, we can do a lot better than planting Gulf annual ryegrass, even though the seed may be more expensive,” Hancock says.

Orchardgrass maturity: Why it matters Previous