It’s back up the price ladder for alfalfa

The latest USDA Agricultural Prices report pegged alfalfa at $181 per ton, which was also $2 per ton above one year ago. The average price for alfalfa hay still stands at $23 per ton below its 2019 high of $204 during May. 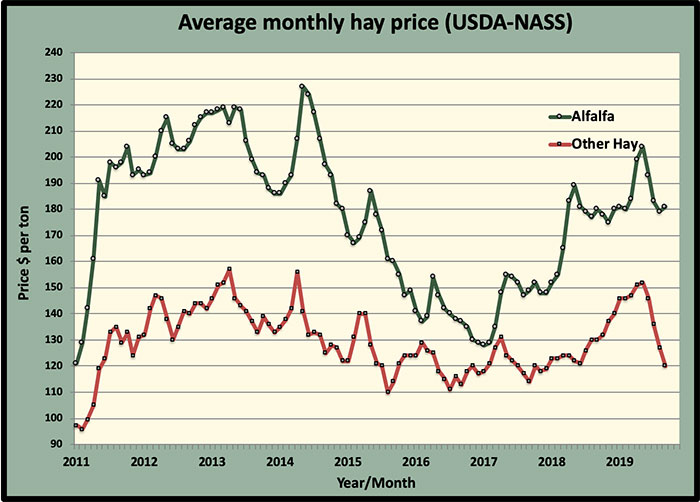 Only Oklahoma had a significant alfalfa price gain (plus $45 per ton) for September, although many states had small price increases.

Price decliners were less numerous and led by New York (down $27 per ton) and New Mexico (down $10). 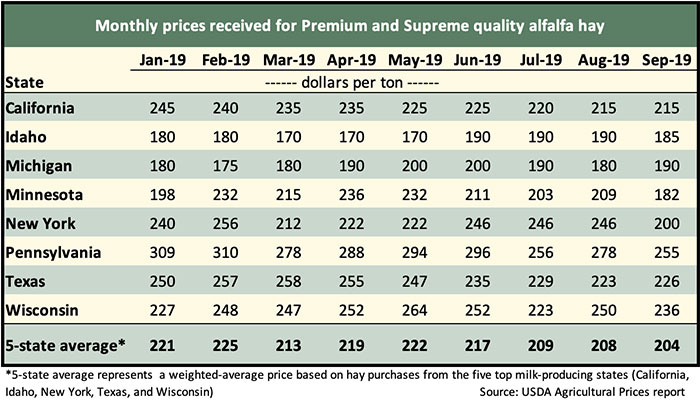 The September average price of other hay (mostly grass hay) dropped to $120 per ton. This value is $7 per ton lower than the previous month and $15 per ton below one year ago. It was the fourth consecutive month that the other hay price dropped compared to the previous month. In May, it had reached a peak of $152 per ton.