The average price of U.S. alfalfa hay in April jumped another $6 per ton, according to USDA’s Agricultural Prices report. It was the fifth consecutive month that the alfalfa price exceeded that of the previous month. The price of other hay (mostly grass) rose by $1 per ton.

The alfalfa hay price averaged $187 per ton during April, which was $6 per ton higher than the previous month and $7 per ton above one year ago. The April average price exceeded any month in 2020 and is the highest price recorded since June 2019. 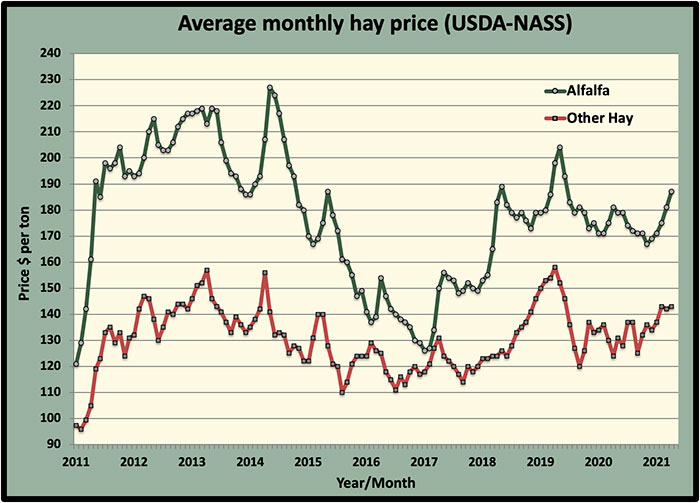 Five states registered double-digit, month-over-month alfalfa price gains in April. Leading this group was North Dakota, posting a $22 per ton improvement. It was followed closely by Minnesota (up $21), Pennsylvania (up $17), New York (up $15), and Montana (up $10).

Only Wisconsin (down $15 per ton) and Ohio (down $10) posted double-digit price declines. 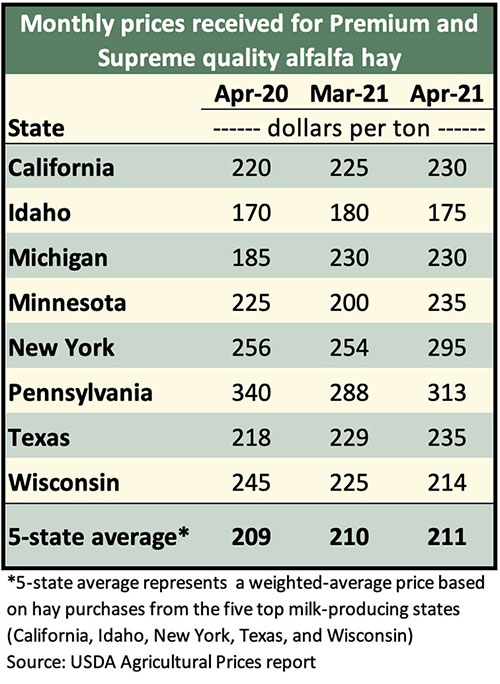 The April price of other hay averaged $143 per ton, which was $1 per ton higher than the previous month and $16 per ton above one year ago.

The highest prices for hay other than alfalfa were reported in Colorado ($230 per ton) and Arizona ($190).

States with the lowest reported other hay average prices were North Dakota ($84 per ton), Minnesota ($87), and South Dakota ($91). 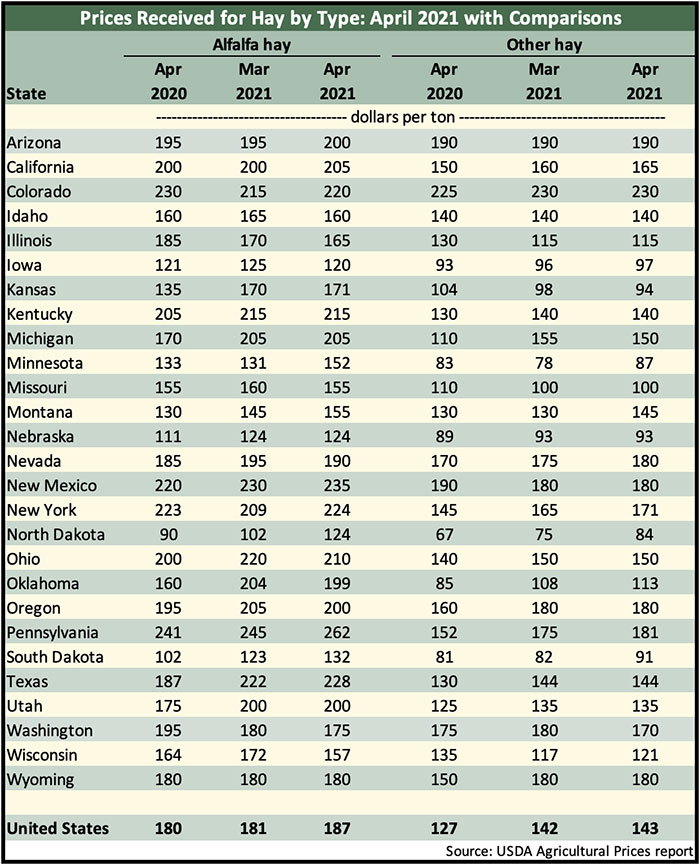