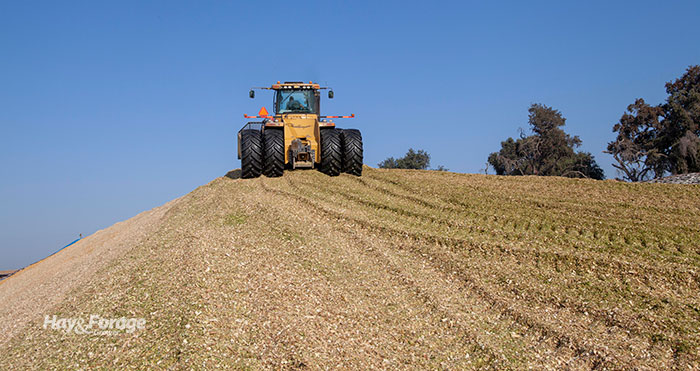 Harvest corn silage – check. Apply inoculant – check. Pack and cover bunkers and piles – check. This is what many producers’ to-do lists look like at this point in the season. Despite these completed tasks, there is still one that remains: Ensure a proper storage period to maximize starch digestibility.

On the World Dairy Expo’s Dairy Forage Seminar Stage, Michelle Chang-Der Bedrosian, forage products and dairy technical service specialist for Vita Plus, explained that when silage is being harvested, transported, and piled into bunkers or bags, oxygen is present, and crops are still respiring.

“The longer the aerobic phase goes on, the fewer sugars we have for a robust fermentation, and the less protein we have to increase our feed quality,” Chang-Der Bedrosian stated. “The reason why is because aerobic bacteria require sugars and protein to make energy, but we want to maintain these in our crops, so we want to make the aerobic phase as short as possible.”

Once oxygen is omitted from storage, upfront fermentation can begin. At that point, acid production ramps up and silage pH drops to preserve feed quality and reduce dry matter losses. It was once believed that forage becomes stagnant during this phase; however, Chang-Der Bedrosian said this is no longer many scientists’ way of thinking.

Courtesy of Limin Kung, professor of animal science at the University of Delaware 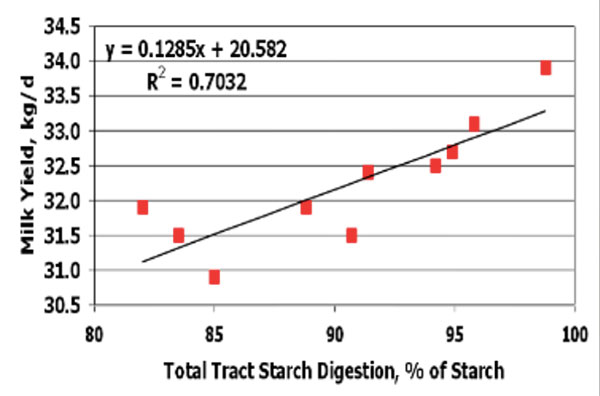 Courtesy of Pat Hoffman, dairy technical specialist at Vita Plus

Starch isn’t automatically available to cows, though. It must first be freed from a matrix of prolamin proteins that limit its digestibility.

“Prolamin proteins are a waterproof mesh of proteins that wrap around starch particles,” explained Chang-Der Bedrosian, who also serves as an adjunct professor at the University of Wisconsin-Madison. “In the silo, protease are enzymes that degrade prolamin proteins, and they are made by lactic acid bacteria that are present during storage.”

When silage is fed to cows, starch is fermented by microbes in their rumen. This turns the nutrient into propionate, which is later converted to glucose in an animal’s liver. Microbes in the rumen also use energy from feed to convert sugars into protein, so it is crucial that the majority of starch digestibility take place here.

“We are feeding rumen bacteria when we feed a cow,” Chang-Der Bedrosian asserted. “When you have a greater proportion of starch digested in the rumen, you have more energy from volatile fatty acids, and more microbial protein because microbes have energy to grow.”

To harness these results, Chang-Der Bedrosian recommends keeping corn silage in storage for at least three months. Starch digestibility will continue to rise the longer forage is in storage, so it is critical to have carryover inventory to minimize the adverse production effects livestock can endure when transitioning from one year’s supply to another.

“When we take corn silage that is highly digestible because it’s been stored the whole year, and we switch it to a less digestible corn silage, milk production tanks,” Chang-Der Bedrosian cautioned. “The cow’s rumen is used to a lot of available starch because it has had time to adapt its microbial population, and then we switch everything up if a recently harvested crop is fed.”

Chang-Der Bedrosian provided the following visual to show different ways of filling and feeding out a bunker to ensure accessible carryover inventory. The design on the far right illustrates carryover being stored in a separate silage bag.

Finally, Chang-Der Bedrosian noted that alfalfa haylage only requires three weeks of storage before being fed. “We only need to ensure a complete fermentation,” she said. “Unlike starch digestibility, fiber digestibility doesn’t improve with a lengthened storage period.”

Crimes of the cornfield Next