The August average alfalfa hay price dropped by $1 per ton after a surprising $31 per ton jump in July, according to USDA’s Agricultural Prices report. For August, the jumping was left to the hay other than alfalfa (grass), which rose by $19 per ton from the previous month.

The average price of alfalfa during August was $275 per ton, which was $65 per ton above a year ago. 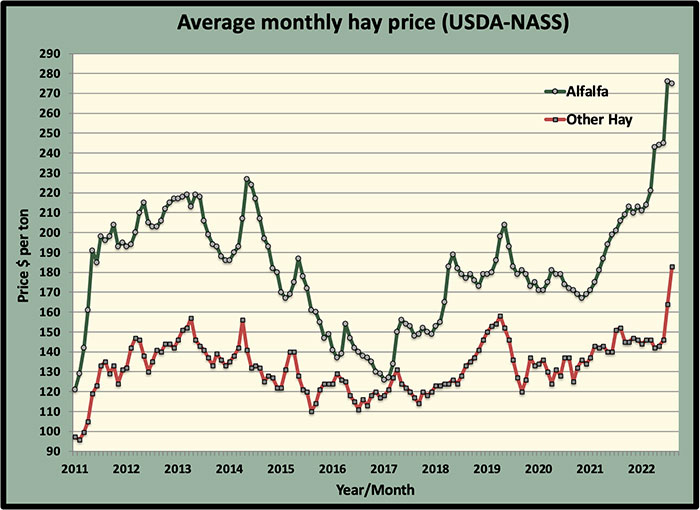 Five states issued double-digit gains in their average alfalfa hay price from July to August. Texas led this group with its plus $30 per ton jump. Others in the double-digit gain group included Nebraska (+$15), Kansas (+$11), California (+$10), and Oregon (+$10).

Double-digit declines in alfalfa hay price during August also occurred in five states. New York and Pennsylvania were both down $20 per ton. Nevada dropped by $15 while North Dakota and Oklahoma were both down by $10.

The highest average alfalfa hay price was reported in California at $350 per ton. Washington checked in at $335 and Arizona was at $330.

The Midwestern states continue to post the cheapest average alfalfa hay prices. Wisconsin was lowest at $141 per ton. It was followed by North Dakota and Iowa at $150 and $151, respectively. 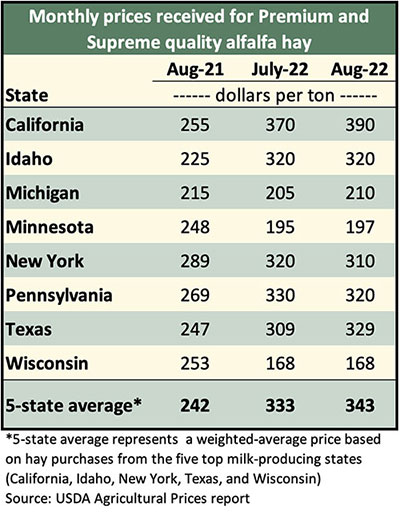 The highest August prices for hay other than alfalfa were reported in Washington ($330 per ton) and Nevada ($310).

North Dakota had the lowest reported other hay average price at $90 per ton. It was followed by Wisconsin at $94. 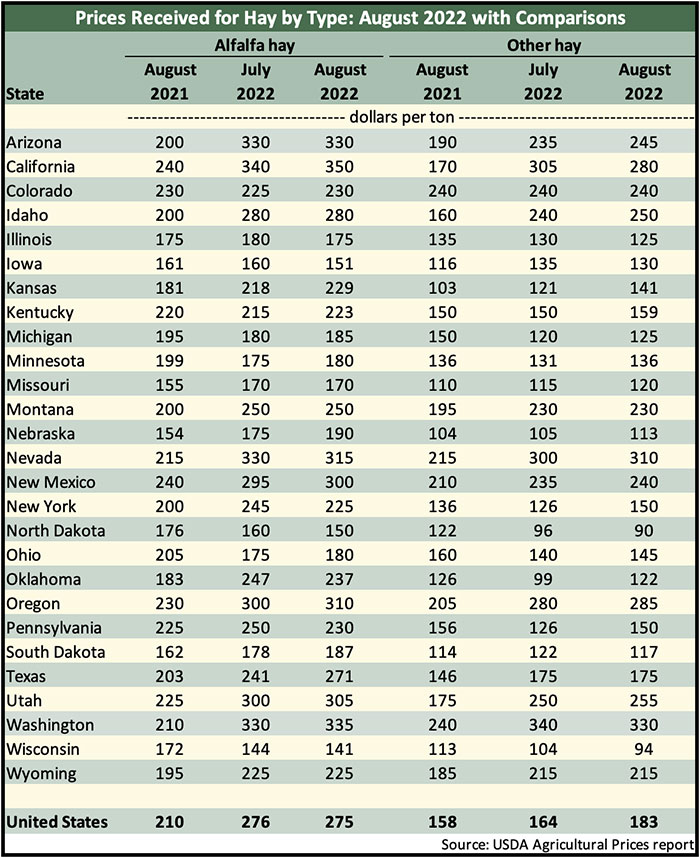