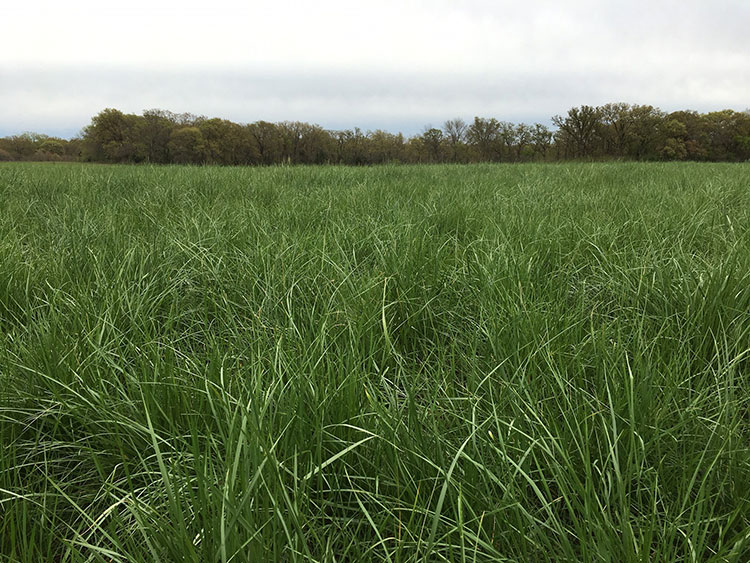 Tall fescue is a cool-season perennial grass, which means it produces forage for livestock from fall to spring and does not need to be replanted each year. Chisholm is the first tall fescue variety released by Noble that is adapted to the hot, dry summers typical west of Interstate 35 in Oklahoma and Texas, where tall fescue has traditionally been unable to persist.

“A major goal of Noble’s plant breeding program has been to develop a cool-season perennial grass that could provide producers with an alternative to planting winter annuals, like wheat and cereal rye, each season,” said Mike Trammell, Noble Research Institute senior plant breeder. “Chisholm, a cool-season perennial, could complement or replace winter annual grazing systems, providing more grazing flexibility to livestock producers or reducing their need to feed hay when bermudagrass is dormant.”

Chisholm was developed from Mediterranean tall fescue, which persists in environmental conditions similar to the Southern Great Plains. In the past, many introduced cool-season perennial grasses were selected from cooler climates in northern Europe. As a result, these grasses were unable to persist in the hot and dry summers typical of western Oklahoma and Texas. 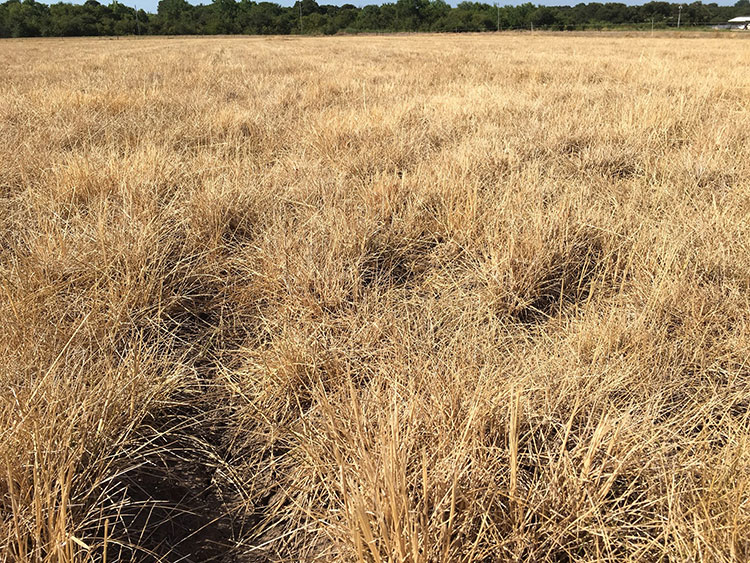 Chisholm tall fescue pasture in dormancy during the summer.

Mediterranean-type tall fescue varieties, including Chisholm, are summer-dormant, which means they stop growing during the summer in response to long days, high temperatures and dry conditions. They start growing again in early fall in response to moisture and cooler temperatures.