Hay prices retreated for the second month in a row as both alfalfa and other hay types finished with a July average price $10 per ton below the previous month.

The latest USDA Agricultural Prices report pegged alfalfa at $183 per ton. Though below June, this was still $4 per ton above last year’s July average price. The average price for alfalfa hay in 2019 hit its peak in May, averaging $204 per ton. 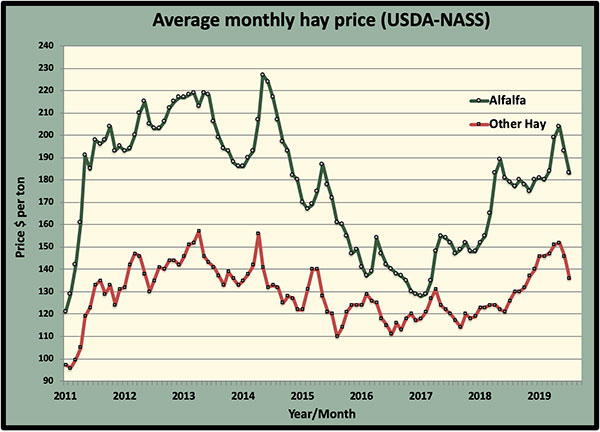 The leading alfalfa hay price gainer in July was New York, up just $10 per ton.

For June, the average price of Premium and Supreme alfalfa hay dropped $8 from June to $209 per ton. All of the top milk-producing states experienced price declines except for Idaho and New York, which remained the same as the previous month. The July price of other hay (mostly grass hay) dropped to $136 per ton. This value is $8 per ton higher than the previous year. 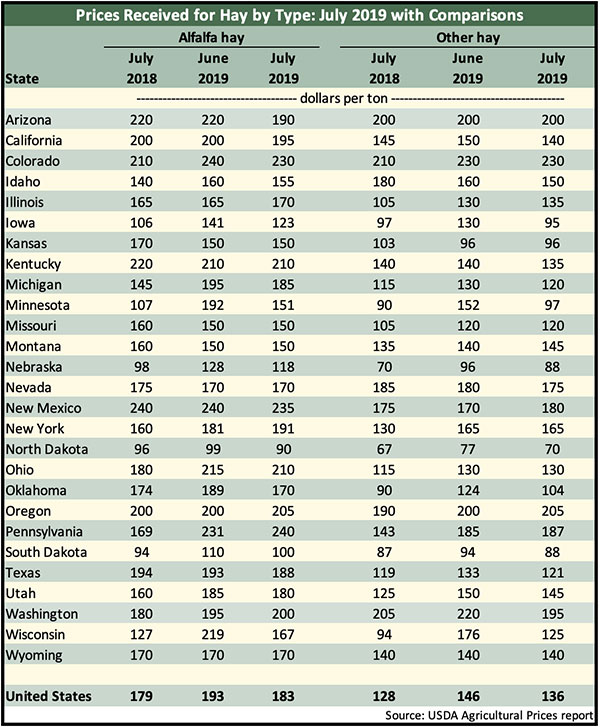