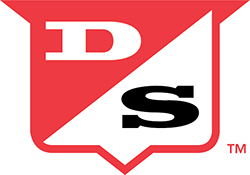 Hendrickson, along with other hybrid alfalfa specialists from Dairyland Seed, reviewed data from those trials with dairy producers today during an educational presentation about the evolution of hybrid alfalfa technology at World Dairy Expo.

Over the last two years, HybriForce-4400 performance was evaluated in 108 Dairyland Seed on-farm HAY (Hybrid Alfalfa Yield) side-by-side comparisons across nine states. Results from those trials showed it delivered an average yield advantage of 12.6 percent against competitive alfalfas, across all cuts at all locations.

“We’re particularly pleased with the ability of HybriForce-4400 to provide superior first year establishment and seeding year yield potential,” said Hendrickson. “And notably, we saw that superior establishment performance even in spring planting conditions that were wetter than normal.”

Wagner added that the hybrid breeding process offers a unique advantage over conventional breeding. It enables researchers to continuously improve the parental lineages and then match together the parents that give the most hybrid vigor for yield performance and disease resistance.

In 24 university state trials, HybriForce-4400 has proven to be a broadly adaptive alfalfa that excels in a wide range of environments and provides excellent disease protection.

Relief from Market Challenges
By delivering greater yields, HybriForce-4400 can help customers in midwestern states overcome the current forage shortage by producing more from every acre to increase profitability in a challenging agricultural economy. With top tier establishment, HybriForce-4400 can also help customers overcome the adverse weather and planting conditions that have become more common.

History of Alfalfa Innovation
Founded in 1907, Dairyland Seed has been a leading innovator in the seed industry for over 100 years and introduced the world’s first hybrid alfalfa in 2001. HybriForce-400, the original hybrid alfalfa, was the first significant advancement in alfalfa genetics in 20 years.

“This breeding process maximizes the yield potential of superior alfalfa germplasm through analyzing the specific combining ability of elite lines and is the only breeding program to discover and advance a hybrid alfalfa,” said Wagner.

“We’re uniquely passionate about alfalfa and dedicated to providing our customers with the best performing alfalfa seed available,” said Hendrickson. “And we’re already working on the fifth and sixth generations of HybriForce hybrid alfalfa.”

For more information about HybriForce-4400, contact a Dairyland Seed representative or visit dairylandseed.com.

Dairyland Seed has served northern U.S. farmers for more than 100 years with a customer-first approach. Dairyland is focused on the future and providing top-performing seed, while remaining grounded in the value of listening to customer needs and operating with integrity. In 2018, Dairyland was announced as a multi-channel brand of Corteva Agriscience. To learn more visitwww.DairylandSeed.com.

Dairy Field Days to Spotlight Forage Management and Crossbreeding Next