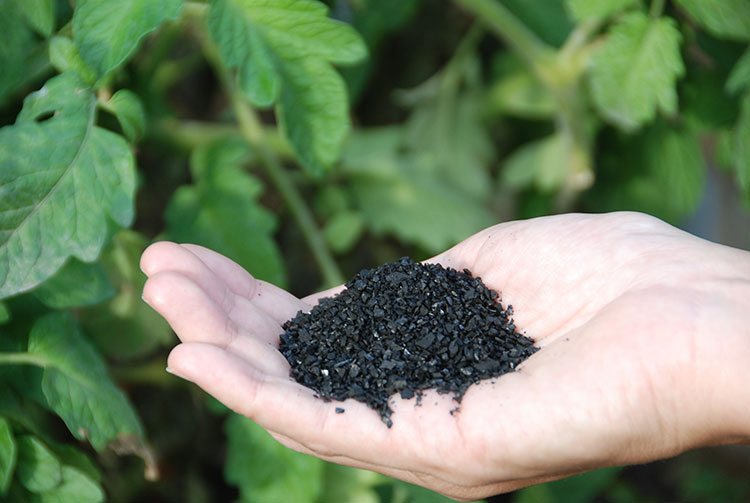 Field trials of a new soil amendment technology, Cool Terra, are showing an increase in alfalfa yield by more than 18 percent compared to control groups. Cool Terra Engineered Biocarbon is a consistent, durable, and stabilized form of carbon produced from biomass which can increase plant yield by improving soil structure, increasing water and nutrient availability and creating a unique habitat for soil microbes.

These trials are ongoing in 2017, with no additional application of Cool Terra needed due to its durability. Drew Jackson, segment leader for production agriculture at Cool Planet, says early data from this spring shows a similar trend in results. “Cool Terra is consistent and predictable and we expect it to contribute to higher yields throughout the life of an alfalfa stand without re-application,” said Jackson.

Cool Planet is executing the most extensive trial program yet for its Cool Terra soil enhancement product with more than 120 live field trails with third-party independent and university researchers. In addition to alfalfa, the trials span the spectrum of crops across the United States from fruits and vegetables to commodity row crops.

This is the third season of field trials for Cool Terra. More than 50 recent field trials conducted by third-party independent researchers showed that Cool Terra technology delivers, on average, a 15 percent improvement in yield when compared to the grower standard. Cool Terra treated plots outperformed yield of the untreated plots 90 percent of the time.

Jackson says more than half of this season’s trials are commercial-scale demonstrations that have been set up with Cool Terra distribution partners including CPS, Helena, Simplot, AgRx and Triangle.

“Growers want innovative products that can help them be good stewards of their land while increasing yields. And distributors want to provide those products,” said Jackson. “We’re confident these trials will provide more data to show that Cool Terra contributes to sustainability and profitability for growers.”

About Cool Planet and Cool Terra

AGCO Opens Nominations for 12th Annual Operator of the Year Next