Cheapest forage is not always the answer 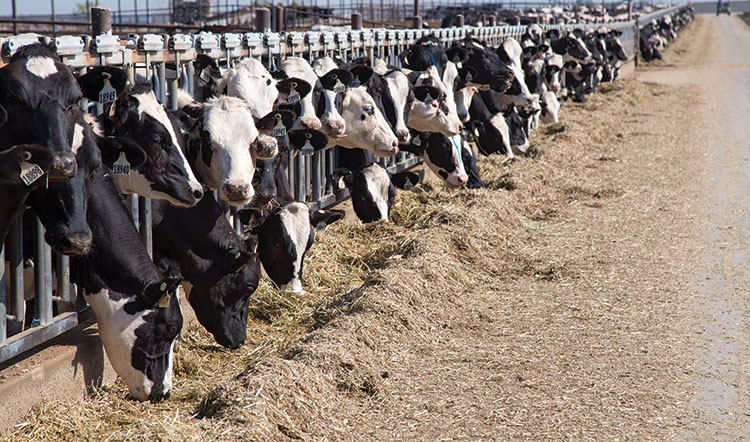 When talking about interpersonal relationships, we may frequently say, “What I don’t know won’t hurt me.” The flip side of this is saying “Ouch! Knowing that really hurts!”

For those of us who are parents, there are a few things that hurt as much as knowing our kids are hiding the truth. This example should serve as an analogy for dairy managers, as many of their decisions are driven by what they can see rather than what they cannot see.

As an example, the dollar amounts of checks paying for seeds, fertilizers, chemicals, and ensiling contractors are tangible items; they often directly influence decisions. On the flip side, certain inefficiencies, such as silage shrinkage, are more intangible and, therefore, become hidden costs that seem to not hurt directly but can actually negatively affect the business.

Most managers and nutritionists know and understand that the best ingredients are those that better meet the requirements for the animal, ideally at the least cost. For instance, to obtain a required 28 percent dietary neutral detergent fiber (NDF) concentration for a lactating dairy cow, the inclusion in the ration of corn silage containing 42 percent NDF requires lesser amounts of concentrate than when including a sorghum silage containing 55 percent NDF. In other words, due to the lower concentration of NDF and greater concentration of starch, using corn silage will likely allow for less concentrate in the diet.

Similar to building a puzzle, when evaluating your feeding program it is important to analyze the small pieces while always keeping an eye on the whole picture. This is especially important during major decision-making times, such as defining which forages to grow. For instance, planting corn for silage will likely require higher seed costs per acre than any other forage. Paying for corn seed involves writing and signing a tangible, high-value check.

Does this large amount imply that managers are obligated to find alternative and cheaper forages? Maybe yes, and maybe no. First of all, seed costs are only a portion of the total costs of the silage. On top of seed costs are fertilizer, chemical, chopping, and ensiling costs that dilute the seed cost difference between alternative forages.

An analogy might be made with the “short blanket syndrome” (either your feet or your shoulders are cold). What is saved from one side (silage costs) can be lost from the other (concentrate costs).

If this analysis is valid, then why is it so hard to make certain decisions?

In conclusion, a holistic vision is needed to ensure adequate decisions are made when defining the feeding program of your farm. We may lose sight of the whole picture when looking only at the individual pieces. Be aware that cheap forages might not necessarily translate into higher income over feed costs or better cash flows. Therefore, an adequate balance between costs, nutritional composition, and availability of ingredients is always necessary when deciding on your feeding program.

This article appeared in the August/September 2016 issue of Hay & Forage Grower on page 26.

Potassium in forages . . . why does it matter? Next