All-hay and alfalfa October average went opposite directions in USDA’s most recent Agricultural Prices report released last week. The all-hay price was $131 per ton, up $2 per ton from the previous month but $12 lower than October 2015. The all-hay price was fueled by a $7 per ton jump in the other-hay price (hay other than alfalfa) from $114 to $121 per ton.

By contrast, the month-to-month alfalfa price dropped by $2 to $135 per ton, which is $20 per ton less than one year ago and sets a new year-to-date low that was previously $137 per ton set in February and September. Prior to February, the last time that the monthly average price was at $135 or below was February 2011 when the average was $129 per ton. 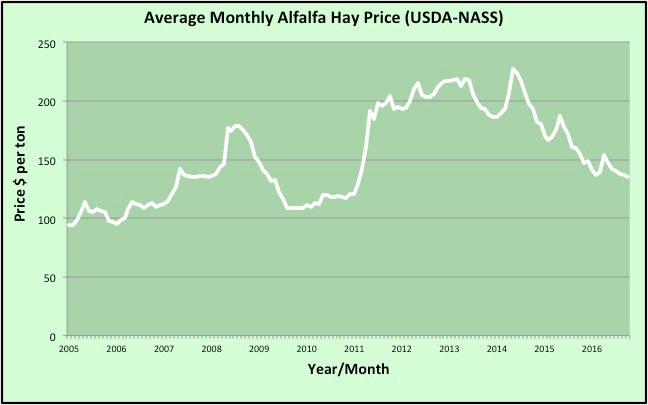 Wisconsin was the largest price gainer at $29 per ton. It was followed by Minnesota and New York, both up $21 per ton.

New Mexico had the largest price decline, a modest $5 per ton.

For 2016, the U.S. alfalfa average hay price started the year at $141 per ton, reached a peak of $154 per ton in May, then declined to current levels through summer and fall. 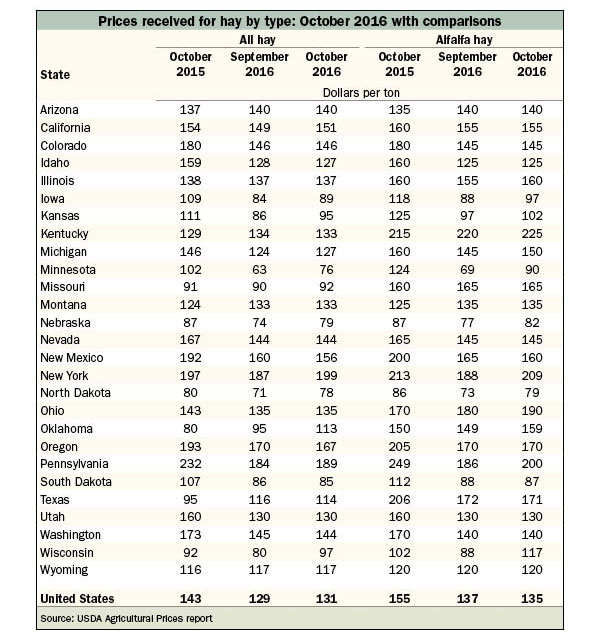 Many variables in the hay price picture Next