When is spring pasture too good? 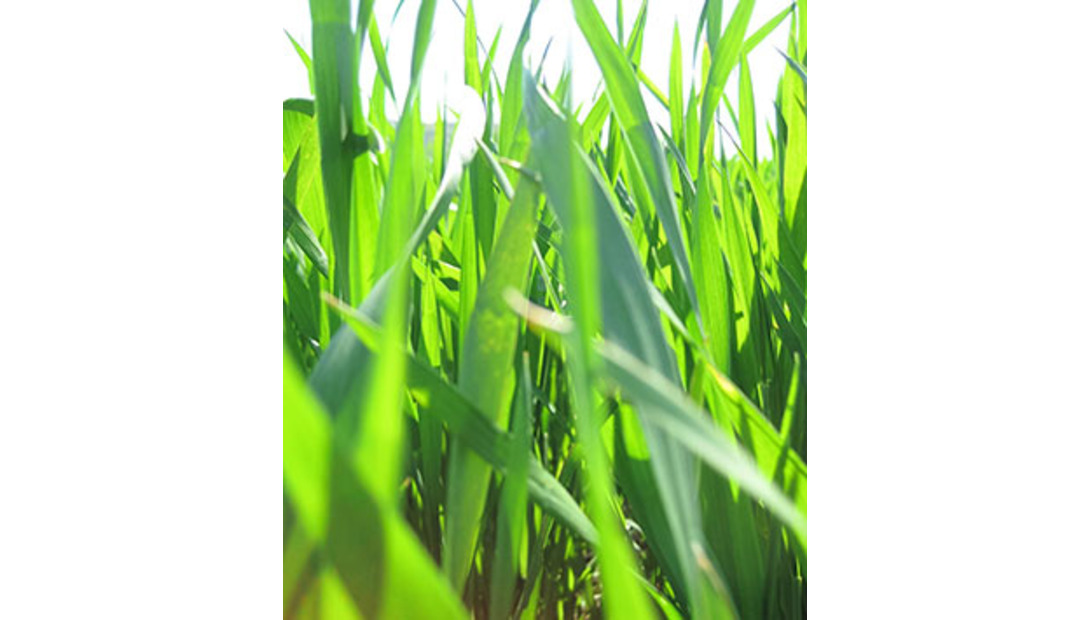 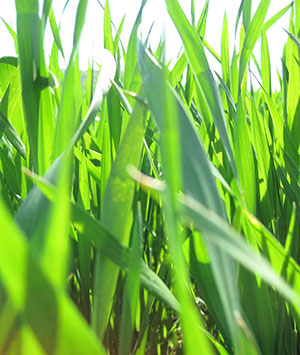 How can any feed be too good, anyway? With the cost of feed the largest expense on many operations (especially dairy farms), spring green-up is (mostly) a time for celebration – things are warming up, days get longer, we get ourselves and the cows back outside, and with that, we can get ahead on issues like manure, pen maintenance, calf health, and labor demands. Putting the cows out on pasture greatly reduces the inputs, but care is needed to boost animal health and really maximize profitability. As perennial pastures break dormancy in spring, the new flush is marked by rapid growth, leading to fast nutrient uptake and, as a result, distinct nutritional composition and moisture content from what we learn to expect of pasture species throughout most of the year. Rapidly growing plants are high in moisture and nutrients can get diluted. With still-cold nights, growth can stall while sugars continue to accumulate. This results in more concentrated sugars and sweeter plants (of particular concern to horses, since horses don’t digest a type of non-structural carbohydrate known as fructans well and can suffer from high blood sugar and laminitis if they don’t get enough effective fiber to balance this out).

Most of us think of high quality feeds rich in protein and nutrients and low in lignin as the key to maximizing dry matter intake. It turns out that there is a certain amount of digestible fiber and energy required, however, to maintain rumen microbes and healthy rumen function. That first spring flush is like candy – highly tempting to the cows, but not a balanced diet. High in moisture and soluble carbohydrates, it can fill up the rumen before the cow gets enough to meet her energy demands. Physical fill can easily be the limiting factor here. The rumen of a 1400-lb cow needs at least 138 lbs of fresh grass to meet her energy requirements, but fills up with 100-125 pounds of fresh matter. This may go without saying, but higher levels of milk production mean more dry matter is needed. Cows producing over 50 lbs of 4 percent fat-corrected milk need more energy intake from concentrate or silage sources.

These grasses are high in protein but have only a moderate energy content, which can lead to protein deamination if the feed becomes a principal part of the diet – ammonia production which can then get into the blood via the rumen epithelium (a membrane that separates the rumen from the ruminal veins and main bloodstream), then is converted to urea by the liver and excreted in urine. Excess protein ultimately detracts from reproductive performance. Before excess protein becomes acceptable, the ration will have to supply adequate or above adequate energy levels. If cows end up with too much ammonia in their systems, they can’t get enough oxygen, with may manifest as panting.
Even the highest quality, most balanced pastures don’t provide cows with adequate energy to meet their genetic potential for gain or milk production, just because it’s so hard for them to consume enough to get the energy and nutrient content they need. But at certain points during the year, supplementation of pastures with grain or hay is more necessary, like early spring or during the summer heat.

The tricky part is finding the sweet spot of supplementation at each point in the season, and balancing cow needs for the right quality range with pasture needs. Too much supplemented feed and the purpose of the grazing program is defeated. Too little, and the cows might overgraze.

A central pillar of cow nutrition, the rumen lives in a delicate equilibrium. Rumen health depends on its production of microbial protein, and digestible fiber is one of the essential food sources of rumen microbes. John Hibma wrote in Farming that the catch-22 here is that “effective fiber diminishes with highly digestible forages. Lowering dietary effective fiber will have a deleterious effect on rumen microbial synthesis [translation: free protein made in the rumen, fueled by forages the cow has eaten]. Just when you think the pastures are the best they’ve ever been, you see a drop in butterfat and milk production because the rumen is having problems. Maximizing and sustaining high milk production on pastures is both an art and a science.”

David Hunsberger of King’s AgriSeeds suggests, “something I promote heavily, if using a TMR is a possibility, is to treat grass as equivalent to a TMR. Feed to refusal, then just subtract the cow numbers to match grass intake. It’s very pragmatic and almost removes the stresses.” It’s a way to manage different feedstuffs, but also allows more flexibility to adjust the proportion of feeds depending on which you are rationing and which you want to promote. It goes a long way to preventing the early spring dangers of bloat and grass tetany because you can place priority on the TMR, and make sure that effective fiber and magnesium level are balanced. Then pasture grass becomes supplemental, but these roles shift as season progresses, depending on pasture quality and availability. Many successful pasture based systems use a combination of high quality pasture and stored or purchased feedstuffs in attempt to balance the digestibility of intake as a whole.
If feed is too digestible and NDF gets below 35%, rumen pH can drop below 5.8. Maintaining an ideal rumen pH of 5.8-6.2 can be a challenge with high quality grass-legume pasture.

Grass tetany – a metabolic disorder related to magnesium deficiency, also known as hypomagnesemia. This is largely a concern in pure grass or majority grass stands. Because grasses are growing so rapidly, they take up nutrients at a quick pace, often greater proportions of nutrients other than magnesium – lowering overall animal intake of the essential micronutrient.

Adult lactating animals are the most susceptible, since they are losing magnesium through milk, and are unable to mobilize it from their bone reserves. The greatest risk is when pasture soils are low in magnesium and calcium, and high in potassium and nitrogen. Wheat also has the highest potential to cause tetany because of its naturally low magnesium and calcium levels. Legumes, on the other hand, have an inherently lower risk because they contain higher magnesium and calcium levels, so cows on pastures with legumes mixed in will meet their recommended daily minimum magnesium intake. Heavily manured pastures experience more problems, as do fields that received high rates of N and K fertilization. High K levels can decrease rates of Mg absorption.

Spring grasses breaking dormancy are a common cause of tetany, but autumn tetany (though relatively rare) can also occur with lush fall regrowth. It also becomes a concern when grazing cool season grasses during cool, cloudy, rainy weather, or when cool weather is followed by a warm period.

On low pH soils, you can do a bit of preventive maintenance by liming with dolomitic lime, and be sure to use more legumes when renovating the stand. Cows grazing lush pastures can also be fed mineral mixes.

Look out for clinical signs of tetany like not grazing, nervousness, muscle twitching, staggering, spasms, and convulsions.

Bloat – a digestive disorder that results from the accumulation of gas in the first two compartments of the ruminant’s stomach (the rumen and reticulum). Production of carbon dioxide and methane is a normal part of rumen fermentation that a healthy animal discharges by belching, but bloat occurs when animals can’t release this gas and pressure builds. Pasture, or “frothy” bloat is characterized by the production of a stable foam that does not allow for gas release. The pressure created by the trapped fermentation gases in the foam can lead to suffocation.

Bloat can occur with any lush forage that is low in fiber and highly digestible, but is most common in stands with a high proportion of legumes. The danger is highest when hungry cattle are first turned out onto a lush pasture early in the year. It’s most commonly seen among the herd’s aggressive feeders, which creates the paradox of the best performers falling victim first.

Avoiding bloat is also a matter of adaptation – once an animal adapts to a particular feed, they become less susceptible. Mixing grass and legume species can be enough to dilute the effect of the rich legumes. You can also make sure animals are full before turning them out on pasture. Supplement grain, hay, or corn silage first. Consider incorporating species like birdsfoot trefoil, a non-bloating legume that also tolerates more acidic and wetter soils than alfalfa, though birdsfoot trefoil comes in behind forage superstars like alfalfa for yield and nutritional value.

In the case of both bloat and tetany, use caution in the early spring, but work on shoring up stand density. A balance between grass and legume species can lower risk of both, and proper soil fertility levels and well managed rotational grazing help keep all species present. Removing animals from pasture and feeding mixed grass and legume hay can work as a fallback rescue treatment if you catch a problem early enough, but often by the time clear symptoms show up, it’s too late for treatment.

Finally, you should always watch horses carefully – although some that already have health problems are more vulnerable than others, any horse can develop problems grazing lush pasture. For susceptible horses, there is no safe time to allow unlimited access to pasture.

Sometimes in the spring, you can delay turnout until grasses mature. Or leave ample residual prior to grazing season (best to start in the fall). You can also try supplementing dry baled forage that has low to moderate protein, as well as supplementing grains.

Despite challenges, grazing can certainly pay off. It often returns higher net farm income per cow, in terms of comparative dollar advantage. Although you get less overall production per cow, vet and machinery costs are lower, as is investment per cow and culling rates. Grazing systems work when you can meet the nutrient needs of animals and avoid large investments in facilities and equipment.