Destination for More Than 21,000 Visitors from 43 Countries Interested in Agricultural Equipment Innovations 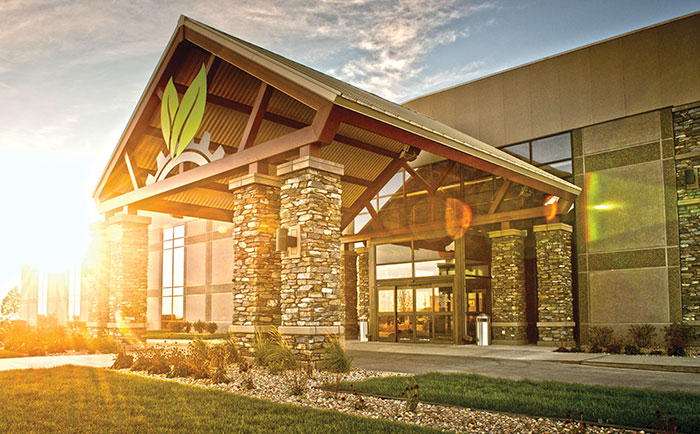 Intivity Center®, the official visitor center for AGCO Corporation (NYSE:AGCO) in North America, commemorates five years of operation this summer. Opened in June 2012, this state-of-the-art center is the gateway to the company’s Jackson, Minn., manufacturing facility and features exhibits depicting the evolution of the agricultural equipment brands manufactured there. Since its grand opening, more than 21,000 people from 47 U.S. states and 43 countries and provinces have visited Intivity Center to learn more about agricultural equipment and future AGCO innovations coming to the industry.

“If you haven’t visited Intivity Center yet, we invite you to come see us! This is a destination for agricultural equipment enthusiasts of all ages, particularly those who are loyal to brands such as Massey Ferguson® and Challenger®, as well as RoGator® and TerraGator® application products,” says Jay Mulso, Intivity Center manager. “This facility showcases AGCO’s commitment to developing innovations and providing the technology in all our equipment.”

Vintage machines, documentary videos and historical timelines detail the foresight of farmers and early engineers, and the innovations they developed to solve crop production challenges. Interactive displays show how major components, such as the industry’s first continuously variable transmission, work. Visitors also will get a glimpse into AGCO innovations in development around the world.

The opening of Intivity Center, which is a 17,000-square-foot, high-tech facility, coincided with a 75,000-square-foot expansion of AGCO’s manufacturing center in Jackson, Minn., which brought manufacturing of high horsepower tractors to the facility and represented a $17 million investment by the company. Since its opening in 1963, the Jackson campus has grown to nearly 196 acres, with 24 of those under roof.

“AGCO produces a high proportion of our high-horsepower tractors and spray equipment for North America here in Jackson — close to our customers. The machines are proudly assembled in the USA, and manufacturing them here allows us to configure the machines to match the production systems used by North American farmers,” says Mulso.

At their dealer’s invitation, customers who purchase a new tractor or application machine can experience a unique delivery program called Fresh Metal. When a customer’s machine is scheduled to come off the assembly line, the new owner receives a personal tour of the factory to see the steps AGCO takes to produce a quality product. The new owner also receives a tour of Intivity Center, lunch, a gift package and a commemorative brick placed in a special display at the facility. Before taking delivery of the new piece of equipment, an AGCO representative acquaints the new owner with the machine’s key features and operation.

Intivity Center is located at 202 Industrial Parkway, Jackson, near the intersection of Interstate 90 and U.S. Highway 71 in southwest Minnesota. The center is open Monday through Friday from 9 a.m. to 4 p.m. Tours are conducted every Monday and Wednesday at 9:30 a.m. Intivity Center is free to the public and open to visitors of all ages; however, manufacturing center tours are available only to ages 12 and older, and require reservations, which can be made through a convenient online process at IntivityCenter.com.

For more information about Intivity Center or to make reservations to tour the AGCO Jackson manufacturing center, visit IntivityCenter.com.