Both the all-hay and alfalfa hay price declined by $2 per ton during July while hay other than alfalfa moved from $125 to $126 per ton, according to USDA’s most recent Agricultural Prices report released last week. The June prices for both all hay and alfalfa were adjusted upward by $2 per ton since last month’s report. 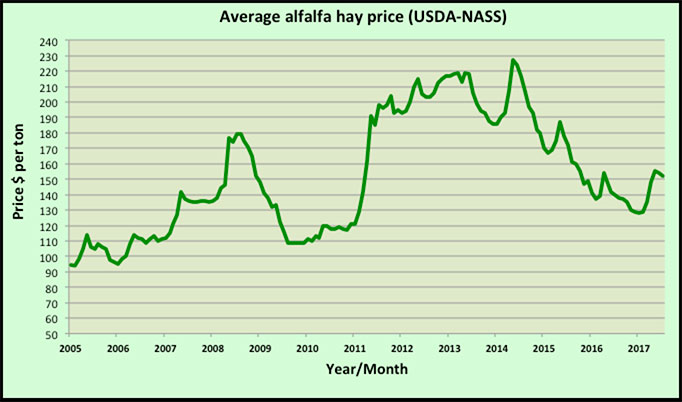 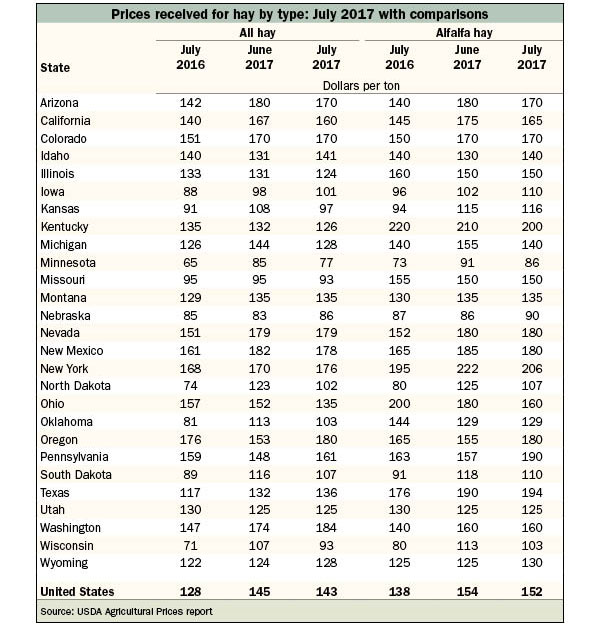